Nosy neighbors? Dog turning your house into a racetrack? Energetic children keeping you on the run? Whatever your reason, a fence is a valuable and functional addition to your property, and as a common feature among American neighborhoods, you’ve undoubtedly noticed that not all fences are created equally.

Not only does fencing material vary widely—from chain-link to wood to wrought iron—but there are just as many installation methods. And for outdoor structures like fences, it’s important to hire a contractor you can trust to complete the job properly. A fence contractor will be familiar with any fence materials and styles you’re considering in addition to industry warranties and standards.

Learn More
Our Companies Are Backed by the Best Pick Guarantee. Call One Today!

To get an insider’s view of a professional fence installation, I interviewed Andrew Craft, CFO of Titan Fence. Founded in 2002, Titan Fence has spent over 15 years working with residential and commercial customers in the Dallas/Fort Worth (DFW) marketplace. With 42 employees and 13 crews, Titan Fence installs wood fences, ornamental iron fences, chain-link fences, vinyl fences, and automatic gates.

During the interview, Andrew elaborated on three key areas of the fence installation process:

Whether you’re interested in adding security , enclosing a pool, or gaining privacy to your property, choosing the right contractor is key to installing a quality fence. Learn more about fence installation before starting your project.

Q: How should homeowners prepare for the initial estimate?

A: Do your research. Fences, especially when they’re residential, are a big investment. We pretty consistently deal with sticker shock. Not a lot of people know how much a new fence costs—it’s a pretty big investment, and just like anything else, you get what you pay for. There are fence companies out there that may have a cheaper price, but you’re going to pay for it with quality, and while the fence may look good initially, there’s a good chance there will be issues with it sooner rather than later. 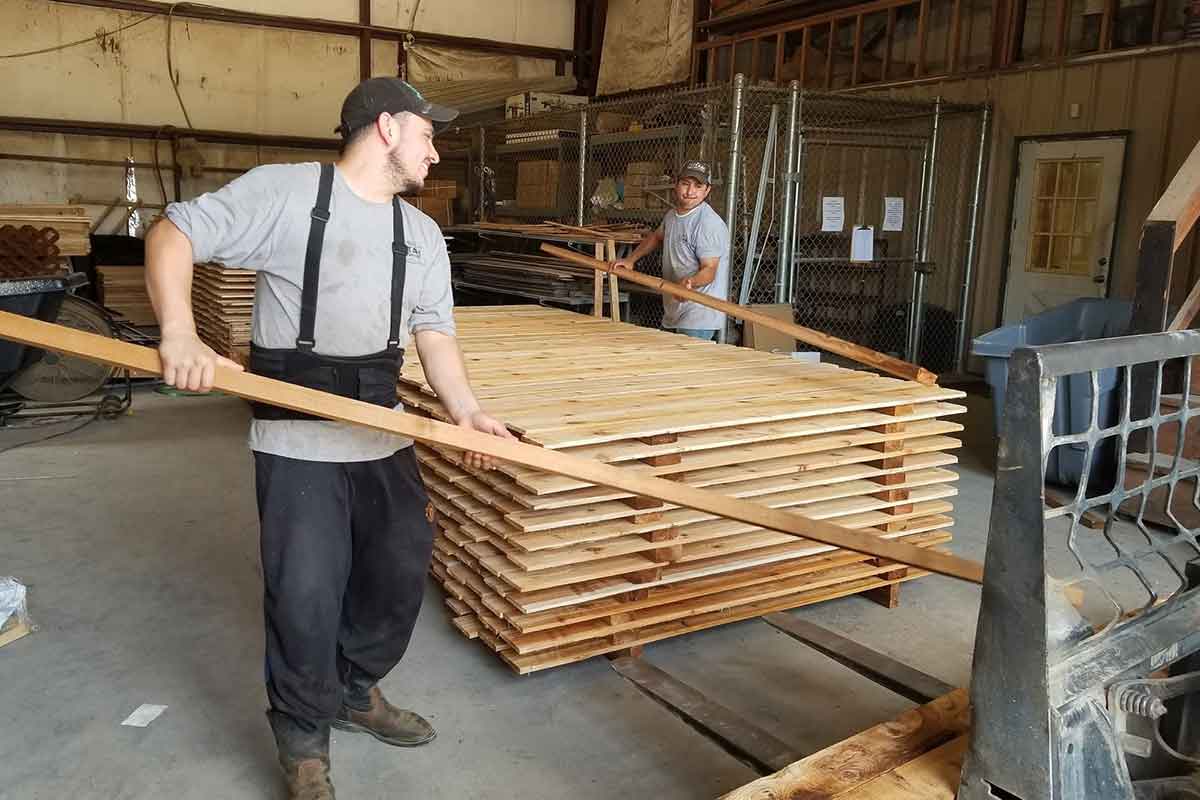 Q: What prep work is done before the actual work begins?

A: For a pretty standard residential fence, our estimators first figure out what kind of fence. They’ll talk with the homeowner about different styles or the height or whatever options there are.

After we get a signed quote, the next step will be the permit process. There are over 200 cities in DFW, and each one of them has their own regulations. Most of them are kind of standard, but there are some that are different, so the permit process is important. And if there are any HOA issues, we try to make sure they talk with the neighbors.

The more work we can do ahead of time, the fewer problems we’ll have later. For example, if a customer replaces a fence and then we go take the fence down and it turns out the neighbor has some issue with the fence, we try to get that addressed beforehand. There’s a lot of pre-work that goes into it. There’s also the locate process—Texas has a locate service, so they’ll come out and mark on the ground where the utility lines are. That’s a big challenge for us.

Q: What should a homeowner expect during the fence installation process?

A: Once we get past the pre-work, I’d say the average fence is a two- or three-day process. On the first day, they’re going to remove any existing fence. There might be a little bit of prep work, and then they’ll set the posts that day—they’ll dig out the holes in the ground, set the posts, set the concrete, and let that start to cure overnight.

As far as other things to expect, there’s going to be a little damage to the grass. The guys can be as careful as they can, but transporting the materials from the truck—they’re stepping on the grass when they’re working on it. Fortunately grass grows back pretty quickly, and we’re in and out of there just in a few days.

There’s not really ever too much damage or anything like that. But there is a little bit, and sometimes we have to educate people about that. Once the job is done, we’ll do a walk-through for any punch items with the homeowner or call in the permit for the city to approve it.

Q: Does your company handle the permitting?

A: Yes, we handle that. The homeowner normally has to do any HOA work, but we’ll provide any documentation or drawings if they need any association approvals.

There’s 200+ cities that encompass the Dallas/Fort Worth metroplex. It’s huge. While most of the permits are the same, they do all have different regulations and different levels of enforcement. 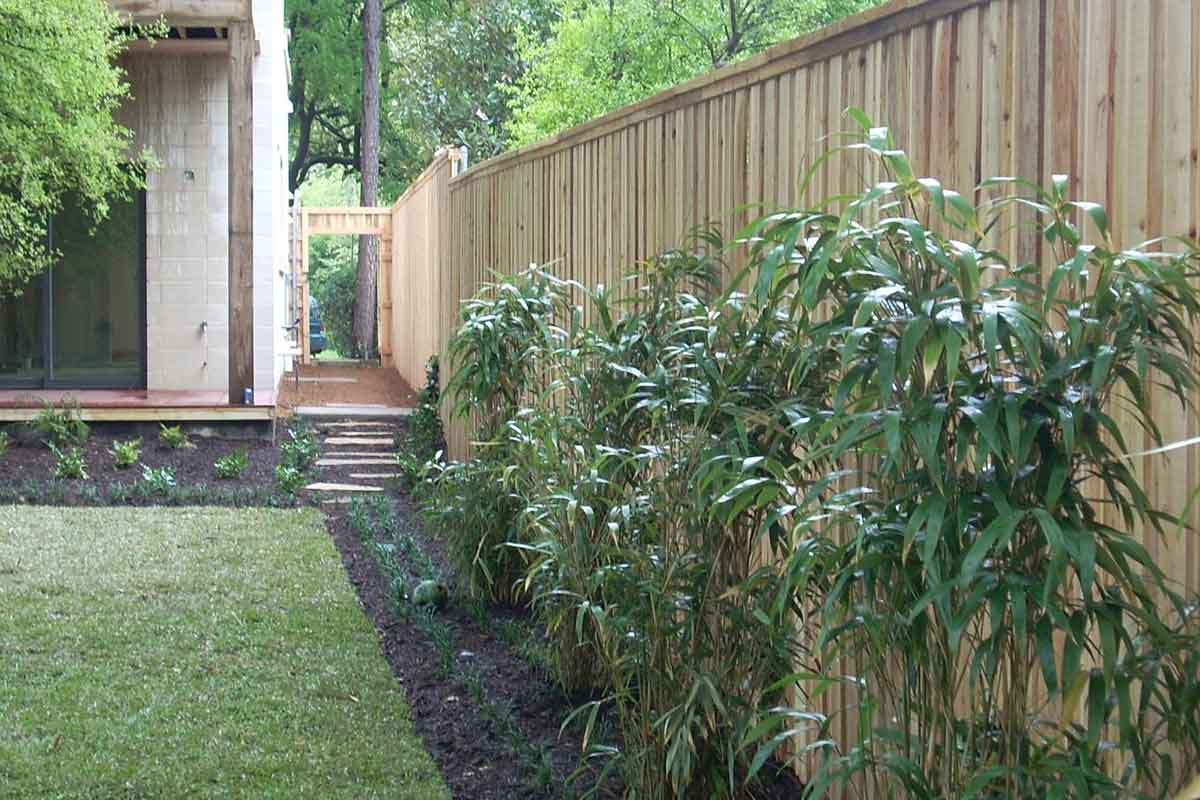 The most common fence we build here is an eight-foot board-on-board cedar fence with top cap and then rot board on the bottom. When you put the rot board on the bottom and then the cap on top, that fence is actually eight feet, six inches. While most codes will say you can only build an eight-foot fence, they just mean they don’t want you to build a castle wall that’s twenty-five feet tall. The vast majority of inspectors and most cities understand that that’s really what the code means.

But, there are a few cities where eight feet means eight feet. So if we’re eight-foot-one, they’re going deny the inspection. From experience in some of these cities, we know if somebody wants an eight-foot fence, we have to cut those pickets down to seven-and-a-half feet before adding the rot board and the cap.

We do our research to understand what the codes are for each city, and we also have experience from being around so long and working in a lot of difference cities, so we know which cities are sticklers to the code or not.

Q: What are the most common issues you come across during a job?

A: One of our biggest challenges is surprisingly sprinklers. We can’t see inside the ground, and we can dig as carefully as we can, but sometimes stuff gets cut. Most of the time, if we see it, we can repair it right there. As long as we address that with the homeowner up front, then it’s not a surprise for anybody. 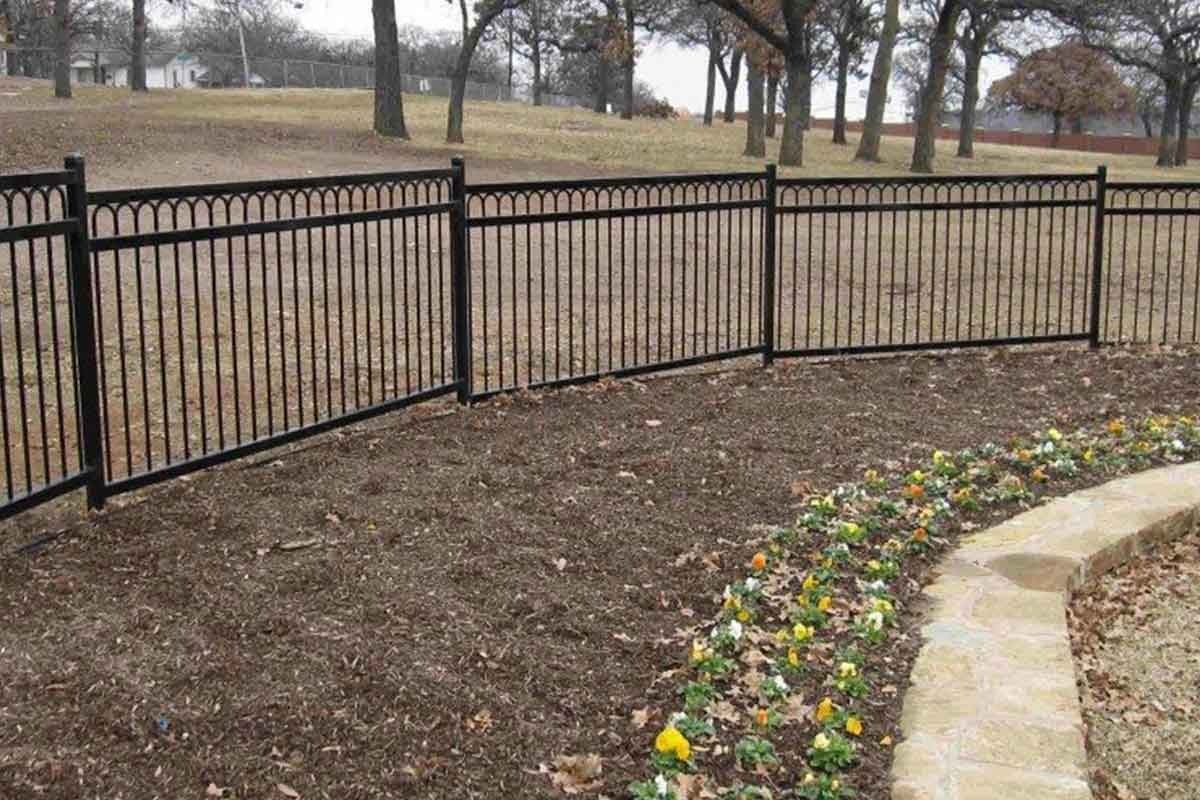 Q: What kind of challenges are involved in the fence selection process?

There can also be some confusing terminology. One that we dealt with a long time ago was the top of the fence—whether it’s level, stepping level, or following the grade. Some people interpreted those as meaning different things, and so the fence would turn out different from what the homeowner really meant.

We’ve alleviated most of that confusion by using pictures. We have a handout and some information sheets to make sure the style and top are right. We use pictures to help transfer that information, and that’s helped quite a bit.

Q: Do you have any suggestions for fence maintenance?

A: Something that we see quite a bit is sprinklers facing the fence. You want to keep the sprinklers faced away from the fence because that will cause extra moisture on a wood fence, which will lead to the stain wearing unevenly over time.

The only real maintenance on a wood fence would be re-staining the fence somewhere in the five- to ten-year time frame. Since most of the fences around the DFW area are cedar—and wood does move a little bit—it’s not uncommon to need a gate adjusted or a picket or two replaced.

Q: Do you have any advice for someone considering hiring a handyman to install a fence?

A: Like I said earlier, you usually get what you pay for. But there are situations where it’s totally fine. For instance, if you need a gate adjusted or if you need to replace a couple pickets, a handyman is probably the right answer.

Titan Fence mainly does new installations, so when somebody calls in for a small repair, we usually try to outsource it unless they were a previous customer. There is a time and place for using a handyman, but if you’re looking at replacing a whole section of your fence or your entire fence, I would be more cautious using somebody like that.

Q: What makes hiring a professional fence contractor worth it?

A: One, we’ve been around for a long time, and we’re going to be around for a long time. The fencing industry is a little bit different from some others. Anybody can go buy wood and have a truck with a sign on the side. We see those guys come in and out of business all the time. If you’re going to build a new fence and you pick that guy and then six months or a year from now he’s out of business, you’re going to have a problem.

There’s a level of expertise that we have that a handyman is not going to have. If there’s anything unusual about the material, the layout, some odd design, or a gate operator—we’ve installed 25 fences just this week, so we know everything about them. We know how to install them, and we know what’s going to go wrong with them. Fences are expensive and are a big investment, so it’s a much higher degree of certainty that you’re going to get what you want.