Always on the rise, Chicago’s excellence is seen in its skyscraper-heavy skyline and along its busy streets, where residents work, live, and play in America’s most popular Midwestern city.
Read more about Chicago.
AIR
CONDITIONING
& HEATING

I keep the book right here by the telephone, and I always refer to it. In fact, our air conditioning company is out of Best Pick Reports.

I like Best Pick Reports because the contractors are organized by area, and I like calling people in my own area. I have definitely been pleased with your book.

What I like about Best Pick Reports is all of the advice it gives. When you're calling a company, you may not know what they're talking about, but with the educational information in this book, I was more prepared than ever. The information is so useful.

I use Best Pick companies a lot, and it's been brilliant. Every contractor I got out of the book has been really good.

We like the book, because it's well organized. I can tell a lot of work goes into making this book. When you go online, you can find 50,000 plumbers who all do the same kinds of work, and you can't tell which ones are better than others. Best Pick Reports is quality over quantity; all of the companies in it are solid.

I like Best Pick Reports a lot, because I don't really know who to call when I need a contractor. The phone books really aren't any help, and online you don't know who's writing the reviews. I really appreciate having an independent voice.

Best Pick Reports was heaven-sent. The report had much better descriptions than any online services. I rate it an A+; it was great, and it really has saved us.

The first thing I did was look through it when I wanted the chimney checked out. The report gives good descriptions of the contractors. I use it so much, I'd like to have more than two copies.

The woman who sold us our house left a copy of Best Pick Reports. I'm a professor, and I've used EBSCO for research for years, so I knew the book would be good. We've found our chimney company and our plumber from Best Pick Reports, and we've been pleased with everyone we've used. We find the book very useful and will continue to use its recommendations.

I used Best Pick Reports for many things; for tree removal, plumbing, and other things. It's excellent, terrific. I'm so glad that I got it, and I will continue to use it year after year.

I went to the book when I needed a plumber, and it was very helpful. I rely on Best Pick Reports.

We have used your book. It's really important to us that we know our contractors do good work. Nobody wants someone in their house who doesn't know what they're doing or who you don't know anything about.

I've used Best Pick Reports for so long that, for the most part, I've already picked my favorite companies, but each year I look back through it to confirm that these companies are still good. I find it very useful.

We just moved into this area, and Best Pick Reports is what I'm using to find my contractors. I think it's wonderful.

I keep the book and look at it all the time. Phenomenal. Wonderful research.

I like Best Pick Reports better than online referral services because they list local companies that are actually in my community.

My husband checks Best Pick Reports before we do any work; in fact, he's keeping it for future use. We find it to be a good resource.

I would give Best Pick Reports an A. It is a really good resource, and we look forward to getting the new edition each year.

I've got Best Pick Reports up in my cabinet, and I use it. I find it to be helpful, definitely. All of these contractors are in the report with great reviews on them. The companies that I use, I wouldn't be using them again, and again, and again, if they didn't do quality work. I love giving positive reviews to people if they do good work.

Chicago started as a city of firsts and beginnings and has bloomed into a center for business, culture, the arts, sports, recreation, and museums. Its firsts include the nation’s first skyscraper, mail-order retailing, the Ferris wheel, the popularization of car radios, and the remote control, among others. The city has been home to Former President Barack Obama, the 2016 World Series Winners, and Gwendolyn Brooks.

With a population of just under 2.7 million, Chicago continues to thrive. Its more than 291,00 businesses make the city a viable locale for younger professionals—and it shows in the median age, which is between 33 and 34. The area has multiple Fortune 500 companies, continuing its business-savvy trend from its roots as a trade city that reversed the flow of the Chicago River into the Mississippi River.

Chicago houses over 200 theaters and close to 200 art galleries, so culture isn’t lacking. Ballet, the symphony, and theatrical productions ranging from Broadway-style to avant-garde are common. The city also specializes in museums and parks. Whether you’re looking for science or history or art or a pleasant stroll, you won’t be disappointed. While you’re walking along the lake paths, you’ll have a selection of the city’s 7,000+ restaurants at your fingertips. 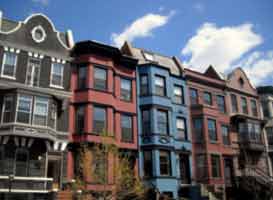 Condominiums are growing in popularity in the Chicago area. Condos provide a flexibility that appeals to renters and buyers alike. The majority of property owners is roughly split between a one- or two-person household, but the disparity between one- and two-person renters is much greater—about 12 percent. The age division between renters and owners is also fairly clear. Most homeowners are over the age of 44, while the population of renters skews toward those 43 and under.

By no means do Chicago’s residents rely solely on public transportation, but the number of cars owned per household is drastically less than in other cities. In Chicago proper, there are 1.1 vehicles available per household, and 27.3% of households have no personal vehicle. This percentage decreases farther away from the city as public transportation, i.e. buses and the subway, becomes less accessible.

Because Chicago is next to a lake and in the northern part of the country, the tendencies for snow and severe winter weather is greater than in other parts of the country. Be aware that some contractors may not be able to get to your home immediately depending on the severity of the weather and how many other homes also need the company’s services. In most cases, the closer a business is to your home, the more likely they are to get to you sooner.

Maintaining clean and clear gutters twice a year will help prevent ice dams, and if you take care of the cleaning in spring and fall, the gutters should function well year round. Salt and other materials used to de-ice the road can cause damage to garage floors, driveways, and walkways, but these problems can be taken care of after the severe weather is over.

Other aspects of your home, such as roofing and siding, also sustain wear and tear over time due to cold weather. Faulty or worn-down roofing and siding can impact your HVAC system’s efficiency no matter what time of year it is, so it’s always a good idea to ensure there are no gaps for heat or air to escape or room for unwanted animals to enter.

Hiring a competent and verified contractor saves you time and money, and Best Pick Reports verifies all contractors’ licensing status and guarantees their work. If DIY projects are more your style, be sure to research laws regarding local permits and licenses.

The state of Illinois requires companies to hold a license for various home repair and renovation work—usually roofing and public works, in particular. Sometimes, the city of Chicago has different requirements than the state, so it’s important to verify that you or the company has the correct license for the area(s) you are working in.

When in doubt, it’s best to check with your local permit office before you start working on your home. If you start work before securing the necessary permits, you may be subject to fines until you do obtain them. Permits usually start around $50.00, and some require plats of survey, structural drawings, cost estimates, measurements, and HOA approval when applicable.

It can take anywhere from two to ten business days to acquire a permit. Some counties and cities allow you to apply and pay for the permit online, while others may require an in-person visit to the permits office.