How to Protect Your Home from Lightning Strikes

When thinking about near-impossible events, the chance of winning the lottery or being struck by lightning might come to mind. Sure, both are life-changing events, but one is far more likely than the other. Here’s a hint: there’s a reason those Powerball jackpots get so big.

Lightning strikes occur in the US about 25 million times per year. Estimates vary, but at worst, Americans have a one-in-a-million chance of being struck each year.

The chances of you being able to win the Powerball, quit your job, and join the ranks of the idle rich are far slimmer: 1 in 292 million. In fact, you’re more likely to be struck by lightning while drowning than hit that jackpot.

Houses, however, are a different story.

I won’t bore you with the math, but the National Lightning Safety Institute estimates that 1 out of every 200 houses will be struck by lightning each year. That is a much more sobering idea, and it likely understates the risk for areas with very frequent thunderstorms.

Protecting Your Home From a Direct Strike 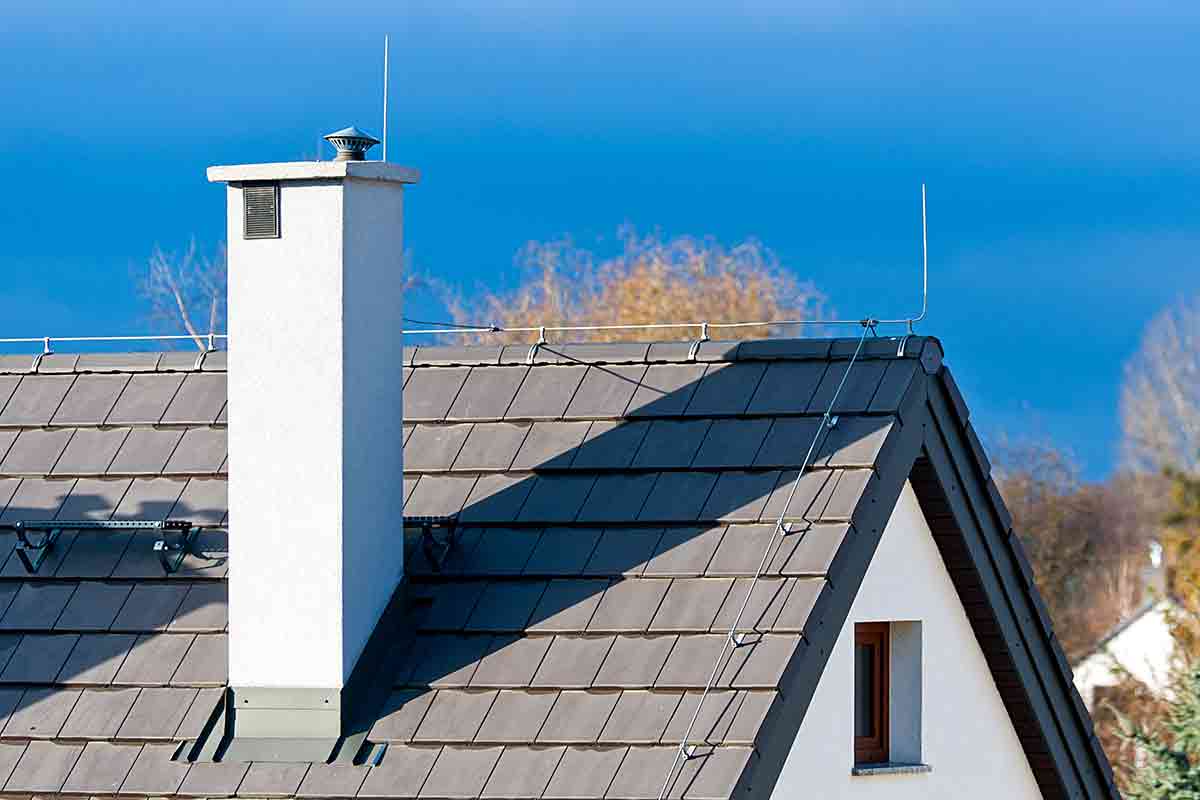 Everyone has heard of lightning rods (also known as air terminals), but it may surprise you to learn that they don’t actually attract electricity. They are typically part of lightning protection systems.

If lightning strikes, these systems are designed to help disperse the electrical energy into the ground and influence its path in a way that minimizes damage to the structure.

The protection these systems offer is not absolute, but they significantly reduce the risk of fire and structural damage by reducing the energy flowing through the structure itself.

Be wary of fires

Fires are very common after lightning strikes. Though short lived, bolts can reach temperatures of 54,000 degrees Fahrenheit. For anyone keeping score, that’s several times hotter than the surface of the sun.

If your home is struck, call the fire department without delay; a potential fire’s location may not be obvious right away. Make sure you have a functional fire extinguisher and homeowner’s insurance that covers lightning-related damage (including associated fires).

Direct strikes to homes can cause power surges that ruin electrical systems and electronics. The best way to avoid this kind of damage is to unplug everything during a thunderstorm, but it’s unrealistic to expect most people to do that every time. Some people will unplug expensive electronics, but the downside to doing this is that you either have to be home when the storm hits, or you have to try to predict the severity of a coming storm.

You might think you’re safe if most of your electronics are plugged into a surge protector. That’s its purpose, right? To protect from surges of electricity, AKA a lightning strike?

You actually cannot count on regular surge protectors or power strips to keep your electronics safe. Not even their big brothers, heavy-duty uninterruptible power supplies (UPS), are capable of dealing with the full power generated by lightning.

Finally, almost everybody has experienced a storm that led to a power outage. The loss of power is one of those things that often goes hand-in-hand with a bad storm, so it’s a great idea to have a ready supply of candles, flashlights, batteries, hand-crank chargers, and the like. A small backup generator wouldn’t hurt either.

Lightning-related injuries and deaths are very rare in the US compared to just a few decades ago. Increasing urbanization as well as modernization of buildings and vehicles mean fewer people in harm’s way.

Some of the few indoor injuries that still occur happen while talking on the telephone. No, it’s not just an urban legend; electricity really can travel through phone lines. But as Americans have abandoned landlines en masse, these types of injuries have grown increasingly rare.

If you’re still hanging on to a landline for your security system, the great news is that reputable security system companies now provide a number of other options that do not require the use of a landline.

A wireless security system can offer significant advantages over a traditional landline system. And let’s face it, the only thing shocking coming out of your phone should be a bit of juicy gossip.

Protecting Your Home from Indirect Strikes 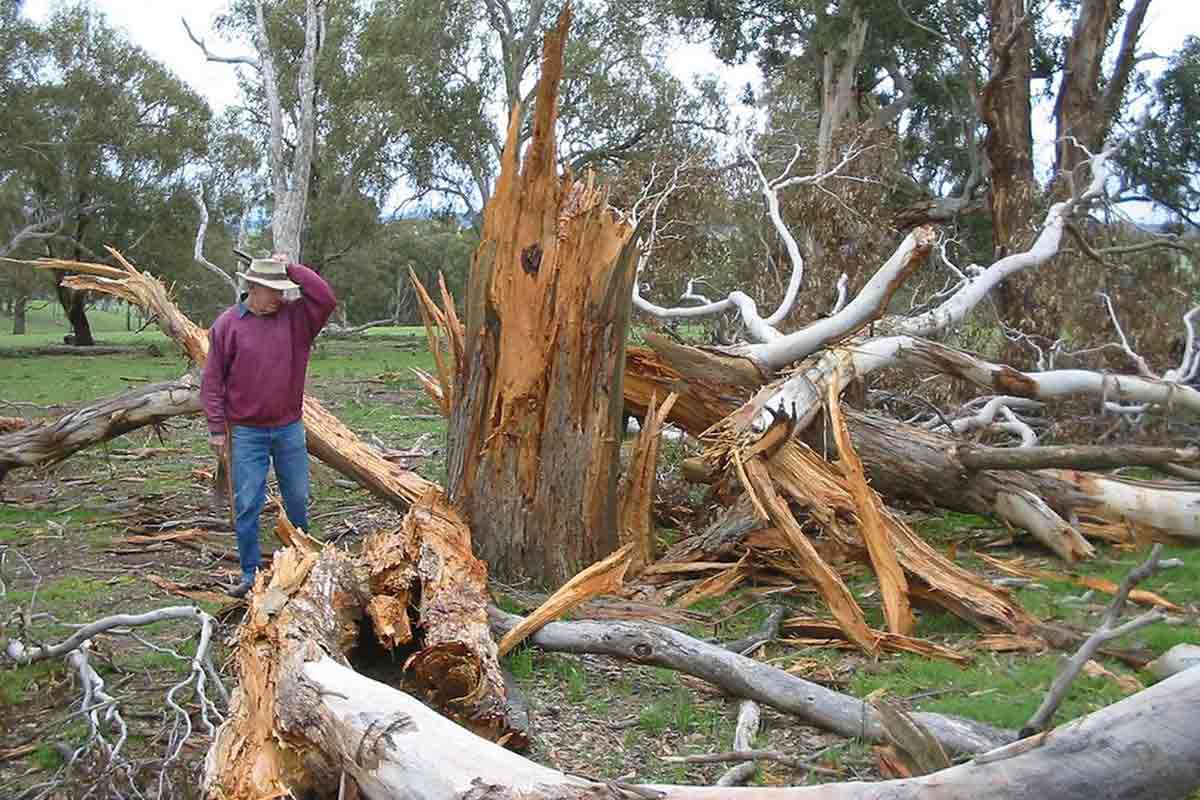 Even if your home doesn’t suffer a direct hit, you’re not necessarily out of the woods. Lightning strikes can be devastating to trees; they can split them apart, send shrapnel-like bark flying, and even cause them to catch fire.

Contact a reputable tree service company to have any lightning-damaged trees inspected, as they are more vulnerable to other kinds of damage, including that from insects, disease, or decay.

Lightning damage increases the risk of trees falling; limit your risk by removing trees that are too close to the home or take precautions to protect them.

Contact a tree care company to find out whether they recommend pruning or removal for your trees. If you’re in love with your 100-year-old oak, some tree care companies even install lightning protection systems on trees to ground them and minimize damage.

Lightning can still cause problems even when it doesn’t strike anything on your property. Homeowners living near utility poles or lines that have been struck can attest to this; the strike sends a virtual tsunami of high-voltage electricity streaming into nearby homes.

Qualified electricians can install whole-house surge protectors that will offer protection against surges entering the home through the power grid. However, they can’t protect against surges caused by a direct strike.

You probably already know the easy trick to find out how far away lightning is: count the number of seconds between the flash and thunder and divide by five. That is the number of miles between you and the lightning. Lightning isn’t preventable, but simple precautions can minimize risk to you and your belongings.

Things to keep in mind during a thunderstorm:

Protect Your Home and Yourself 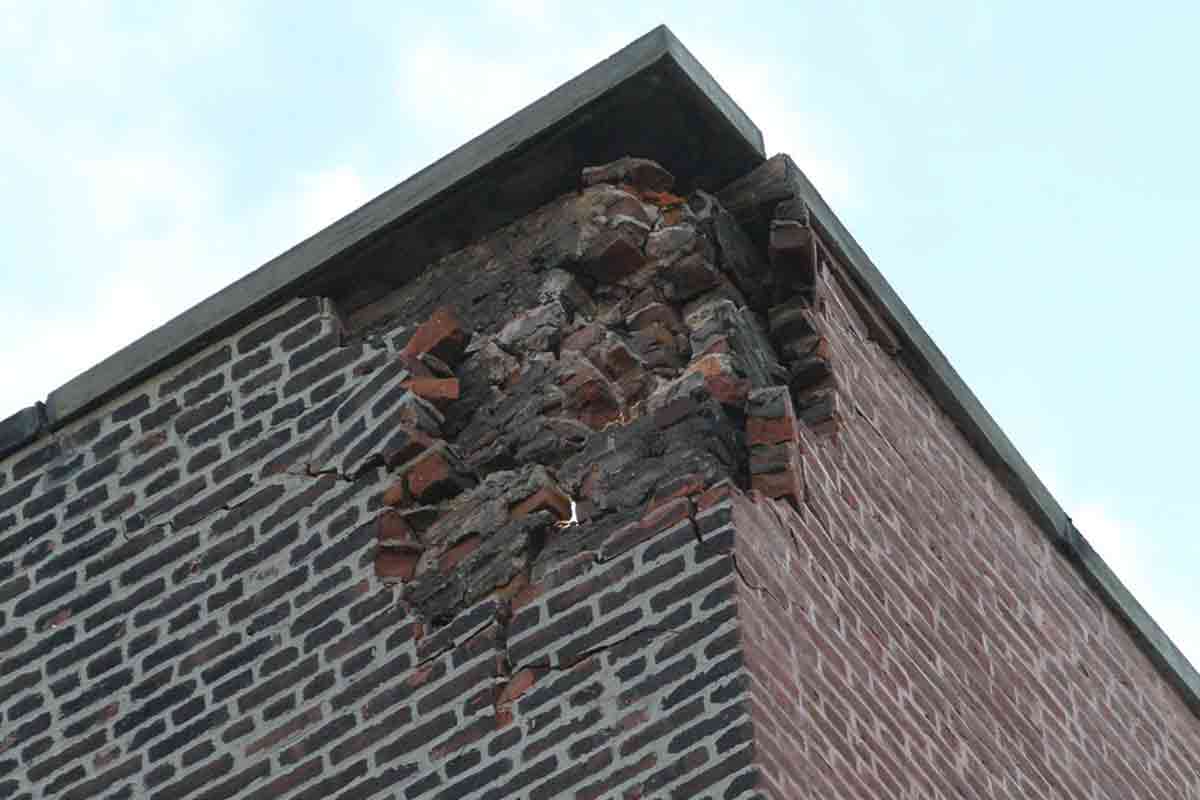 Nowadays, lightning is more likely to cause property damage than injuries or fatalities, and that’s great! But as our homes fill with more and more sophisticated electronics and circuitry, the potential property damage caused by a lightning strike will only continue to rise.

The cost of replacing every appliance, TV, and computer along with an entire home’s worth of electrical wiring is enough to make even techies cry. If you live somewhere easily confused with Thor’s backyard, it’s definitely worth consulting an electrician to see what precautions are worthwhile.