Electricity is vital to our daily lives, but we don’t usually stop to think about how it works. We don’t need to know all the details in order to use it, but understanding a thing or two about electrical current can help you keep your home and your family safe.

Keep reading to learn more about alternating and direct current, how you typically interact with these types of current, and how to keep your home’s electrical systems and electronics functioning properly and safely. (Hint: Best Pick electricians are pros at electrical safety inspections!)

Electrical current is created by electrons moving through a conductive material, such as a metal wire. There are two types of electrical current: alternating and direct.

Measurements of current and voltage tell us how powerful the electric current is. Current, measured in amps, is the rate at which electricity is flowing. Volts indicate the voltage, or electrical pressure, of the electricity. If you’ve ever been shocked by an electrical outlet (do not do this intentionally), you’ve felt voltage.

To apply this to something you probably have in your house, think about the latest cell phone charger you bought. It probably has two (or more) slots to accommodate a USB cable, right? Depending on the exact charger you have, one of those slots is likely marked as 2.1 amps, and the other is marked as 1 amp.

How does alternating current work? 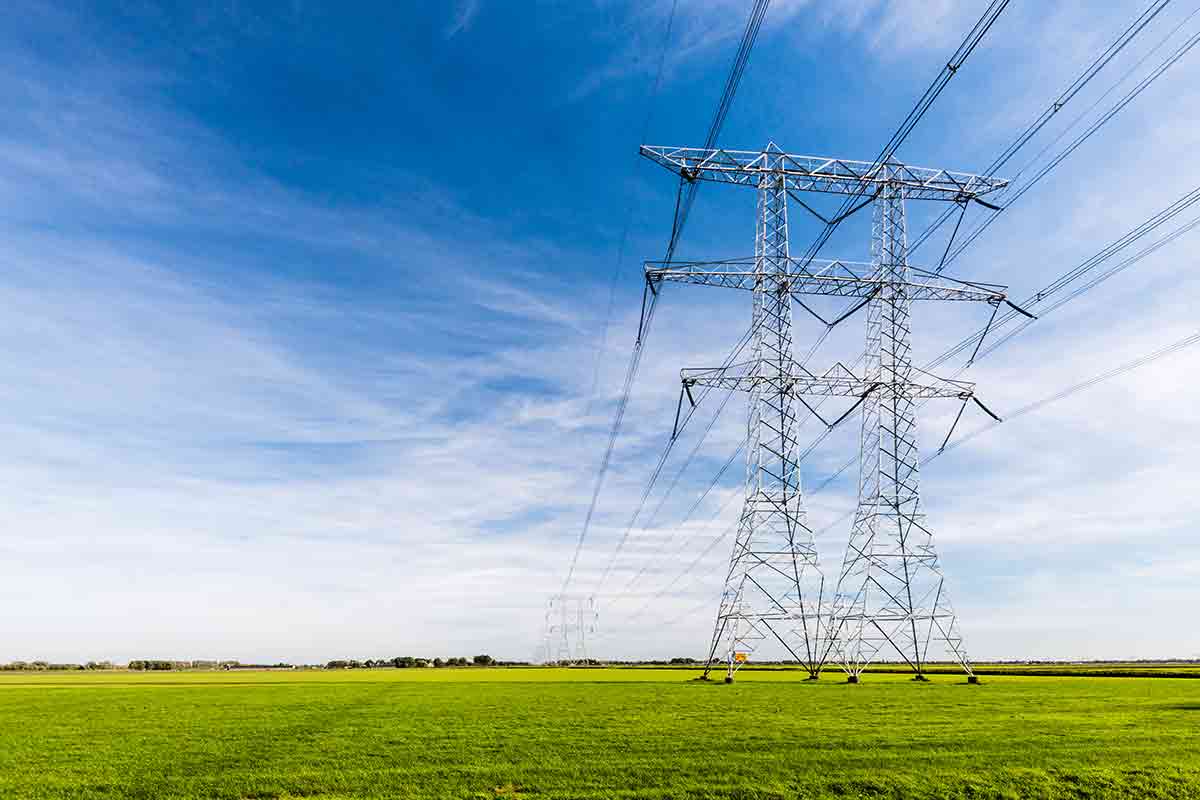 Power plants produce alternating current with a spinning electrical generator. The current then flows through the power grid, where the voltage is initially stepped up to transmit it more easily over long distances and then gradually stepped down before it gets to your home.

Most of the outlets in your home are rated for 120 volts, much less than the voltage used to transmit power over long distances, which can range from 155,000 to 765,000 volts. Large appliances that require a more powerful current to function, such as laundry machines, refrigerators, and stoves, must be plugged into dedicated 220-volt outlets.

Why is alternating current used to power our homes?

It isn’t easy to convert direct current to different voltages, and electricity must run at a high voltage in order to be transmitted over long distances. Transformers (most commonly recognized as the large, gray cylinders at the tops of power poles) are used to convert alternating current to higher or lower voltages as needed.

How does direct current work?

Direct current runs in one direction. When you place a battery in a flashlight, a chemical reaction occurs that allows electrical energy to flow in a single direction between the positive and negative terminals of the battery. While it is a very steady flow of electricity, direct current can lose power in the form of heat—not ideal for appliances and buildings.

Why isn’t direct current used to power our homes?

The short answer is that alternating current is easier to manufacture, transmit, and use than direct current. Beyond ease, however, there are a couple of practical reasons.

The voltage levels of direct current can’t be raised or lowered via a standard transformer, so if the US power grid ran on direct current, we would need power stations every mile or so—an infrastructure nightmare.

Another reason we don’t rely primarily on direct current is that using power created by direct current requires engines, motors, and appliances that are far more complex than typical AC-powered motors. Motors and appliances that use alternating current are easier to build and maintain and have been that way since the US power grid was developed in the late 19th century.

Alternating and Direct Current Together

Electrical Safety in the Home 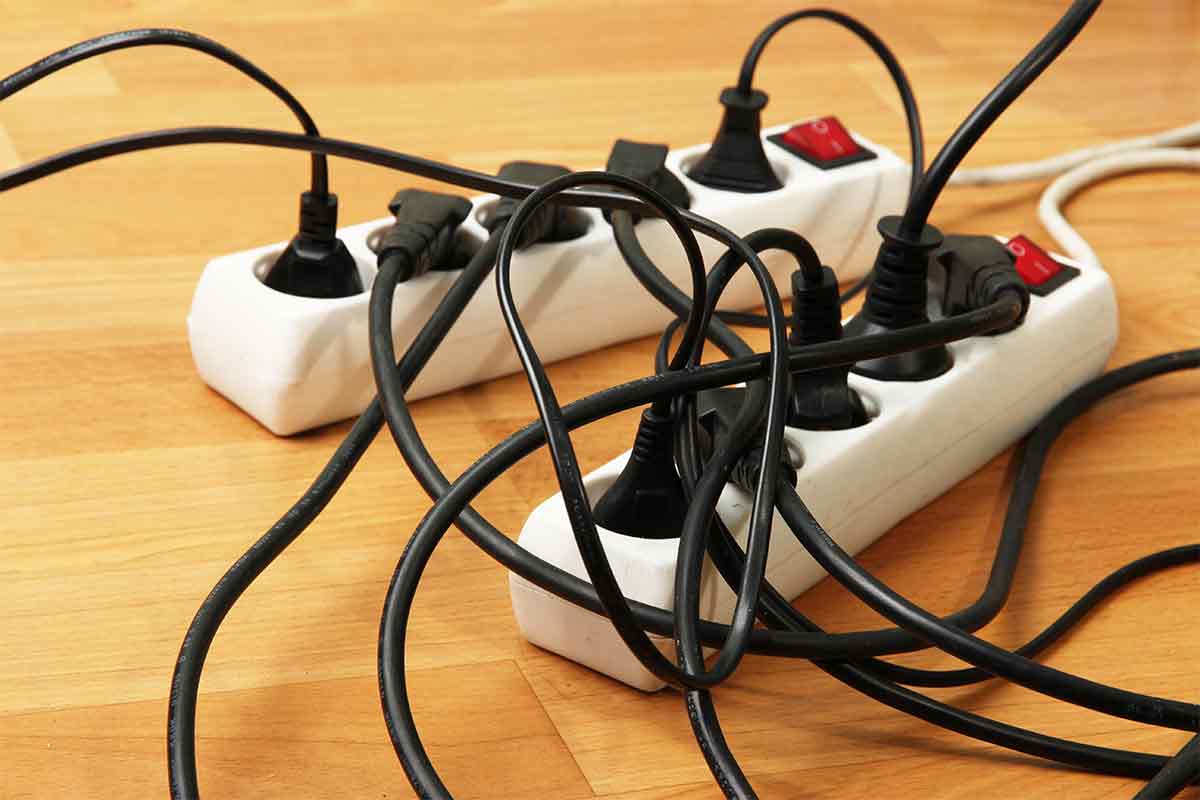 As essential as electricity is to our daily lives, it can also be incredibly dangerous if interacted with improperly. Here are some basic electrical safety tips for your home electrical system:

Your local Best Pick electrician is a great source of information to make sure you’re using electricity safely at home. There are many resources online, too, to help you stay safe and reduce the risk of electrical fires.

Proper storage and disposal of batteries

Even though alternating current is generally perceived to be more dangerous than direct current, sources of direct current should be handled with care. Here are some tips for battery storage, usage, and disposal:

Batteries should be stored at room temperature—keeping them in the fridge doesn’t make them last longer. They should not be stored near anything hot, which could cause them to leak or explode.

It’s also important to use batteries correctly. Make sure the positive and negative ends are correctly aligned. Take batteries out of devices you won’t be using for a while. Some devices pull small amounts of power even when they’re switched off, and batteries inside these devices could leak.

When it’s time to dispose of batteries, Call2Recycle has locations across the US where you can drop them off.

It’s important to make sure your electrical system is working properly and is up to code. Call one of our qualified electricians today to schedule an electrical inspection, and they can check for:

There are many other things electricians look at during an inspection, but these are common problems that you may have already noticed. If so, be sure to take action and get any damaged electrical system components repaired as soon as possible.

With both alternating and direct current, we power our lives. One type of current isn’t necessarily better than the other—they each have different and vital uses.

In order to keep your electrical system running smoothly, schedule periodic (ideally, once per year) electrical inspections. To keep your battery-powered devices functioning, store and use batteries as directed by the manufacturer, and keep our environment in mind when disposing of them.