Most people start their home lighting decisions with a lamp or fixture, but it might be better to begin with the bulb. These hardworking light bearers are often overlooked until one burns out on the job, but the surprising range of types and designs of bulbs that is now available deserves serious consideration.

Choosing the right light can not only make a difference in the mood and usefulness of your rooms, but it can also mean bigger savings on your electric bill. 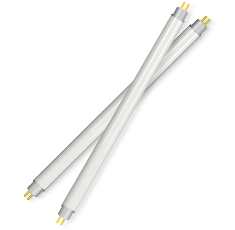 Introduced in 1938, fluorescent lighting quickly became the fixture of choice in schools, office buildings, and factories due to its longer life span, sparing use of electricity, low heat emission, and high luminosity.

Unfortunately, people began associating fluorescents with industrial coldness, not the warm glow wanted for a hearth and home.

Add to this the inability to apply a dimmer, as well as the buzzing that accompanies a fluorescent light nearing the end of its life span, and most homeowners were happy to banish the fixtures to less-traveled areas of the home, such as the garage, laundry room, or basement.

Modern fluorescent bulbs, however, continue to be cost efficient, and they come in more sizes and warmer colors than just the three-foot white tubes we are used to seeing in our offices.

The annoying buzz has been taken care of by improvements in the ballast technology that allow fluorescents to age quietly, and there are even some specialized dimmers that can be purchased to operate with fluorescent bulbs.

While the lights are still best used in areas that need a flood of light, they can also be used in decorative installations to mimic daylight in windowless parts of the home, such as a basement. 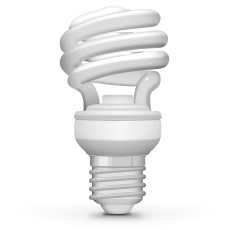 The energy- and money-saving benefits of compact fluorescent bulbs have been heavily promoted in the media in the last five years, and their use has grown exponentially since the average price of the bulbs has decreased.

CFLs use 75 percent less energy than traditional incandescent bulbs, and they burn up to 10 times longer.

They give off excellent light—comparable to the luminosity of a 75-watt bulb—and some models can be used with dimmer switches and three-way lamps, an important consideration for people designing an interior lighting plan.

There is one element of the CFL that makes people reluctant to adopt them wholesale, and that is the mercury content within the bulb.

Though it only contains a trace amount, which is perfectly safe as long as the bulb remains intact, if broken it can expose a person to mercury vapor.

The EPA has simple guidelines for cleaning up a broken CFL

Additionally, CFLs cannot be discarded in the household trash. Local waste management can tell you how to discard the bulb, or you can check online to find a recycling facility in your area that accepts CFLs. 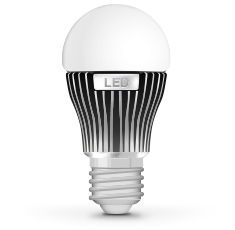 The newest light technology, the LED bulb edges out even CFLs in terms of energy efficiency and life span.

Bulbs in average home use only cost around $30 in annual electricity and will last about 50,000 hours under normal usage—approximately 10 times longer than the average CFL.

They contain no toxic elements, so disposal is relatively easy. The problem with LEDs, however, is their current higher cost than other bulbs.

Even though the life span of the bulb will more than pay for itself over the long term, most homeowners find the up-front cost too high to make widespread use of LED bulbs over the whole home, instead opting to use them as decorative highlights and in accent lighting applications.

As the price point continues to fall, however, LEDs may be the next wave of standard home lighting. 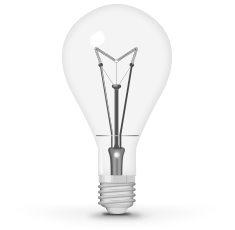 The bulb many of us grew up with, the traditional incandescent has taken a little bit of a beating in the last few years as newer types of bulbs have come into the market touting longer life spans and amazing energy efficiency.

While some die-hard lovers of the Edison bulb have railed against what they believe is a government ban on it, in truth, there was never a ban on incandescent lightbulbs.

This law would seem to favor newer bulb technology, but it instead has sparked new developments in the incandescent bulb industry, such as Advanced Lighting Technologies’ Vybrant 2x—an incandescent bulb powered by nanotechnology.

These types of bulbs are said to be 50 percent more energy efficient than even LED bulbs and are less expensive on average than CFL bulbs.

With a broad range of technologies to choose from, finding the best type of lighting for your home is easier than ever.

From the attic to the basement, the right bulb can brighten any space, making it more cheerful, useful, and inviting.