What Getting Your Chimney Capped Does for You

This article was crafted with the help of Michael Boudart from Lindemann Chimney Service.

For many homeowners, fireplace season means warming cold toes by a crackling fire, safe from the strong winds and chilly weather that fall brings. However, without a proper chimney cap, the fireplace could provide no such haven—homeowners may be forced to deal with rain and snow in the home, animals looking for shelter, and potential chimney fires. Michael Boudart, president of Lindemann Chimney Service in Chicago, explains why chimney caps are so important and shares tips on how to choose the correct one.

Do I Need a Chimney Cap?

According to Michael, there’s no reason why a homeowner would want to avoid capping their chimney. Strangely, he still sees many homes without them. Chimney caps are a must-have if you want to keep out the following: 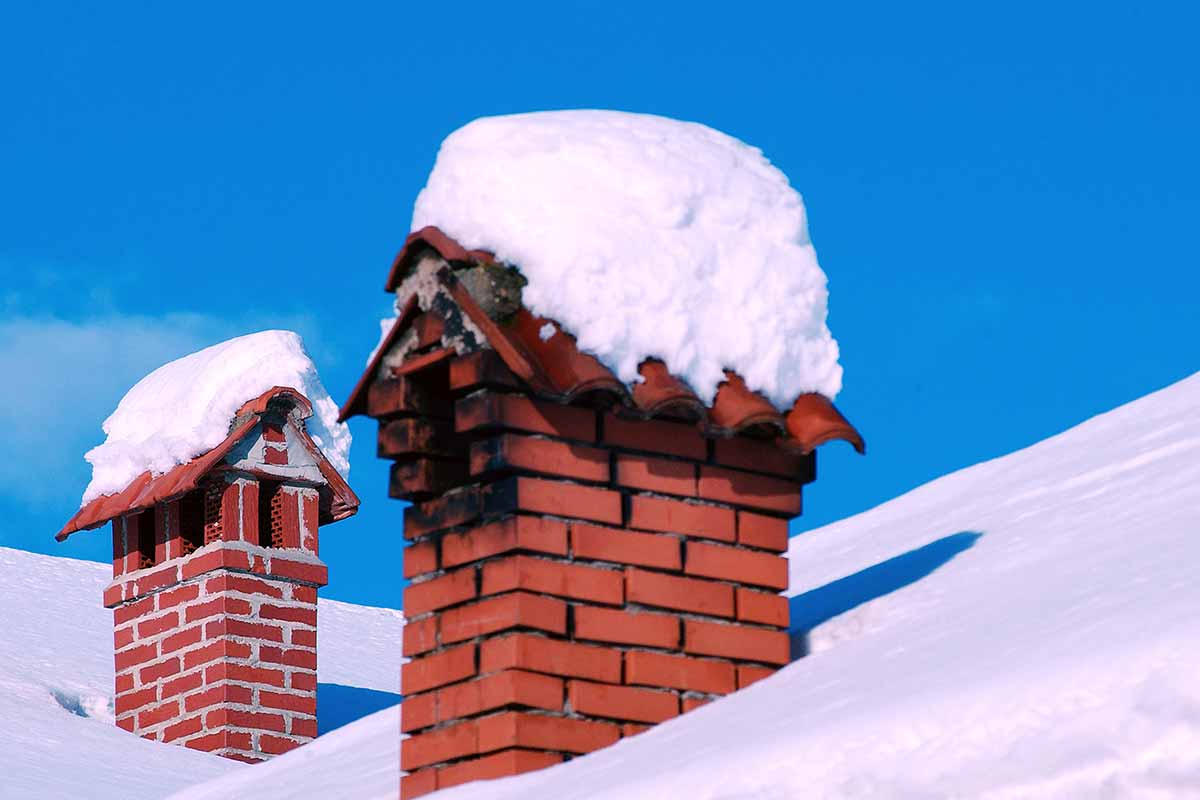 Without a proper cap, your chimney leaves a square foot (or larger) hole in your roof, making your home vulnerable to the elements. “If Mother Nature puts a two-inch downpour on your house, and there’s not a chimney cap, you get two inches of rain inside your chimney,” says Michael. Additionally, wind can create problems in the home if your chimney is not adequately protected by a cap; persistent drafts may cause you frustration and wasted money on heating bills. So instead of inviting stormy skies and cold air into your living room, consider a cap for your chimney.

What to buy: A basic chimney cap will prevent rain or snow from getting inside your home. Special wind-resistant caps can also be installed if your home has a problem with downdrafts. Michael adds that homeowners can choose to connect a spring-activated cable to the fireplace’s damper that will create a weatherproof seal.

Even if you live in a climate that experiences very little snow or heavy rain, capping your chimney is still a good decision. Without a cap, you will most likely have to ward off critters looking to set up camp in your chimney. Your typical chimney crashers are birds, squirrels, and raccoons. Michael has experienced more than a few panicked calls from homeowners without a chimney cap who found unwanted guests in their home. “There is probably nothing more exciting than having a homeowner on the phone with us with a squirrel running loose in their house,” says Michael. “How often do you get an absolutely panicked homeowner screaming, ‘When can you come out here?’”

Not only do raccoons make bad roommates, but Michael notes that nesting materials create a fire hazard by inhibiting proper ventilation through your flue. “You’ve got two primary openings on the top of your chimney for venting things. One of those things is the fireplace. The other is your furnace or your boiler and hot water tank.” A nest that blocks this ventilation will quickly become a hazard, Michael warns.

What to buy: Consider getting a cap that not only protects against weather, but also comes equipped with a protective screening that will prevent animals from getting into your chimney.

Whether you have bought a brand-new home or simply a home that’s new to you, you will want to have your chimney inspected before using the fireplace. Michael says that most new homeowners “don’t necessarily have a documented history of maintenance on their fireplace or chimney. They don’t know the last time it’s been cleaned. It’s kind of like getting a car, and you don’t know the last time it’s gotten an oil change.”

If selected and installed correctly, Michael says that chimney caps can last the lifetime of your home.

What caps tend to fail over time? Galvanized steel caps will “be subject to peeling paint and rusting,” says Michael. “So, those are the ones that we usually find in people’s backyards that are blown off from the wind because the attachment screws have rusted and failed.” Instead of putting a ticking time bomb atop your chimney, consider having a contractor install a stainless steel cap. They not only “look brand-new 20 years down the road,” but they also require little maintenance and can save homeowners money long-term on energy bills.

If you have a chimney and fireplace system that’s been manufactured, all of its components are designed to work safely and efficiently together, including the chimney cap. Michael says that the cap on a prefab chimney “would be determined in specifications by the manufacturers.” But, it is not uncommon for a prefab cap to be blown off in a storm or damaged from rust, depending on the material of the cap. Hiring a chimney professional can help you determine the right manufacturer and the proper replacement cap.

The size of the opening atop your chimney, known as the flue size, will determine the type of cap that you need. A professional can take these measurements for you and install the correctly sized cap. 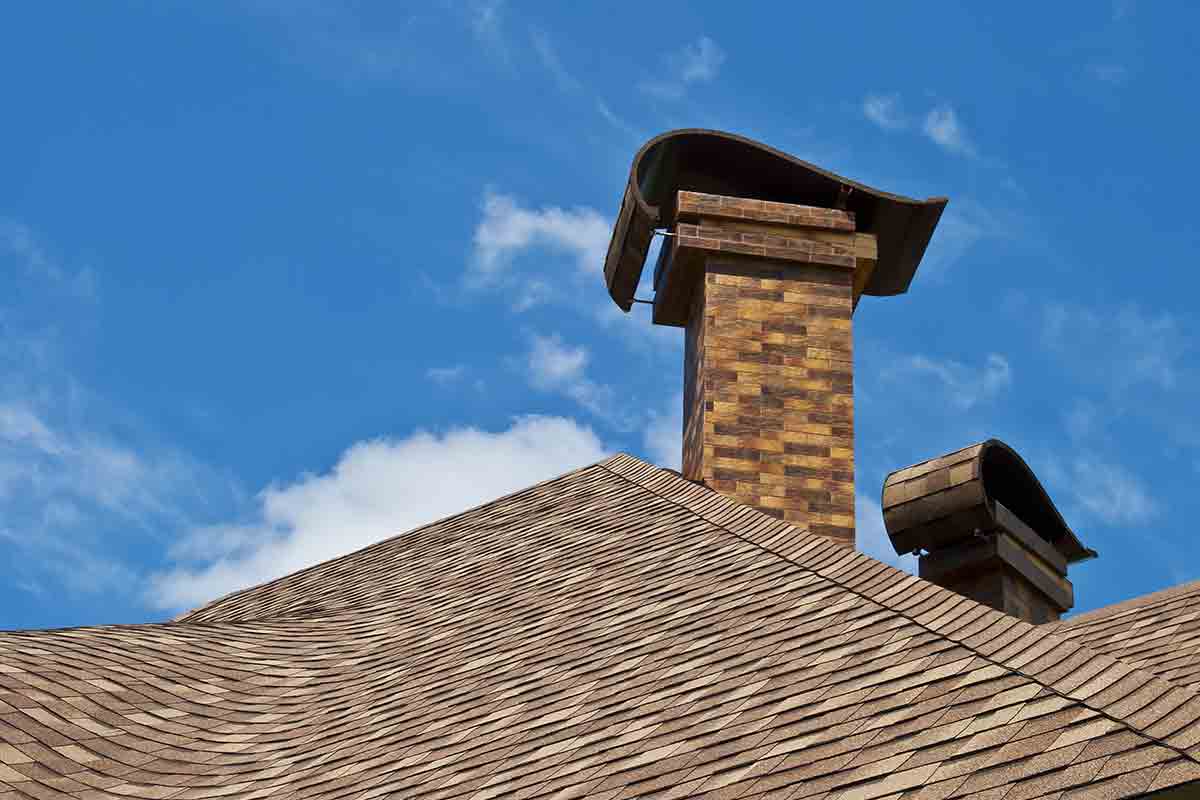 While caps can be as simple as a stainless steel box, you have an array of design options when it comes to customizing your chimney cap. Michael notes that he works with many homeowners whose chimneys have more than one flue, in which case he would collaborate with a manufacturer to design a single, multi-flue cap. If you want to match design accents and accessories on your roof, Michael adds that there are many manufacturers that deal in decorative caps and other popular choices, such as copper caps.

Even the most intrepid homeowners should be wary of installing chimney caps themselves. Not only do hardware stores carry a limited selection of chimney caps, but chimney cap installation must be done “in a very unforgiving environment.” Removing a rusted cap on a two- or three-story house can be challenging, Michael says, though most chimney capping installations are fairly simple. “Professionals will carry the common sizes on their truck. So, they will get up to the chimney, take measurements, and select the right cap.” Unless you need a custom chimney cap, appointments typically take under two hours.

Having a proper chimney cap is just one part of practicing chimney safety for your home. The Chimney Safety Institute of America (CSIA) also recommends having your chimney inspected once a year. Michael echoes this recommendation, urging homeowners to have their chimney cleaned annually by a certified chimney sweep who can accurately gauge creosote buildup and assess any potential problems. With a capped, clean chimney, you’ll be more than ready for fireplace season.

This spotlight article was crafted by Lindemann Chimney Service, a Chimneys and Fireplaces Best Pick in Chicago. While we strive to provide relevant information to all homeowners, some of the material we publish may not pertain to every area. Please contact your local Best Pick companies for any further area-specific advice.