June is National Rose Month, and today is National Red Rose Day. Even though these aren’t federal holidays that we get time off for, it’s good to stop and smell the roses every now and then—literally.

And what better time to do so than during National Rose Month? Besides, roses have uses other than smelling good and looking pretty.

In Romeo and Juliet, Shakespeare writes, “A rose by any other name would smell as sweet.” While that may be true, there are 150 known rose species, plus thousands of hybrid species with a wide variety of different scents (from citrus to tea) and colors (from white to orange), so Shakespeare’s statement seems rather vague when you consider the multitude of varieties.

Roses are actually really old flowers—as in, 35 million years old, which might explain why they’re such a classic option when it comes to showing appreciation for loved ones. After thousands of years of intentional cultivation and hybridization, the rose is ingrained in society in everything from “A Rose for Emily” to the Poison song “Every Rose Has its Thorn” to Valentine’s Day to the Rose Bowl.

Of course, the United States does not have sole (or original) claim to the rose; the flower appears naturally in most countries in the northern hemisphere and has a history of fluctuating value as currency, political significance, decorations for celebrations, and even health benefits, such as those of the oldest existing rose, Rosa gallica officinals.

Roses have come a long way since the beginnings of their cultivation.

The current types include variations in number of petals, frequency of blooms, color, and fragrance, and their nomenclature can be confusing; old roses can be synonymous with antique roses, there is a rose called the species rose, and there are tea roses and hybrid tea roses.

Here’s a condensed breakdown of the 150 species mentioned above:

This doesn’t encompass all 150 known and however many unknown species that exist, but they are some of the varieties most commonly mentioned (as opposed to Floribunda and Grandiflora roses). Luckily, the meanings behind roses aren’t as complicated as their different species.

The symbolism of a red rose—and other colors 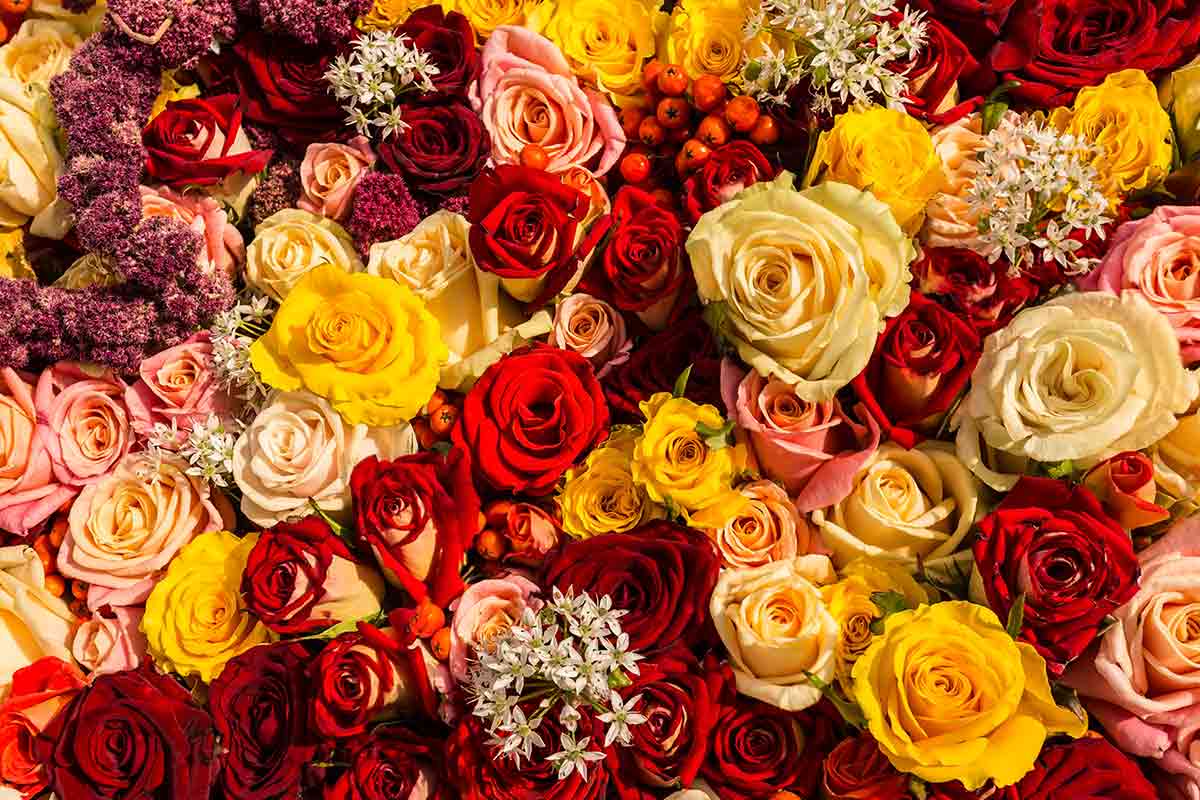 In the world outside of flowers, red might convey the need to stop or feelings of anger, but when it comes to roses, red communicates love, passion, ardent admiration, and congratulatory wishes.

These meanings are probably no surprise, but perhaps a lesser-known fact is that the simplicity of a single red rose is considered the most romantic symbol.

White is a timeless symbol of purity, and the same is true for white roses. They’re frequently used at weddings in flower girl baskets and bridal bouquets, and they’re also used to convey sympathy.

Yellow roses are really beautiful, but if you are trying to send a deliberate message with your color choice, you should consider yellow carefully. It usually communicates affection, which isn’t a bad feeling—unless the recipient hoped for a little more than affection.

Pink roses are pretty much always a safe choice. They can be romantic, friendly, or congratulatory.

Orange roses are a similarly safe choice, with a tendency to convey enthusiasm in addition to friendship, love, or congratulations.

Personally, if I buy or receive flowers, I’m not going to read into any meaning behind the color. I’m just happy to have flowers, and as far as I’m concerned, the brighter the better. 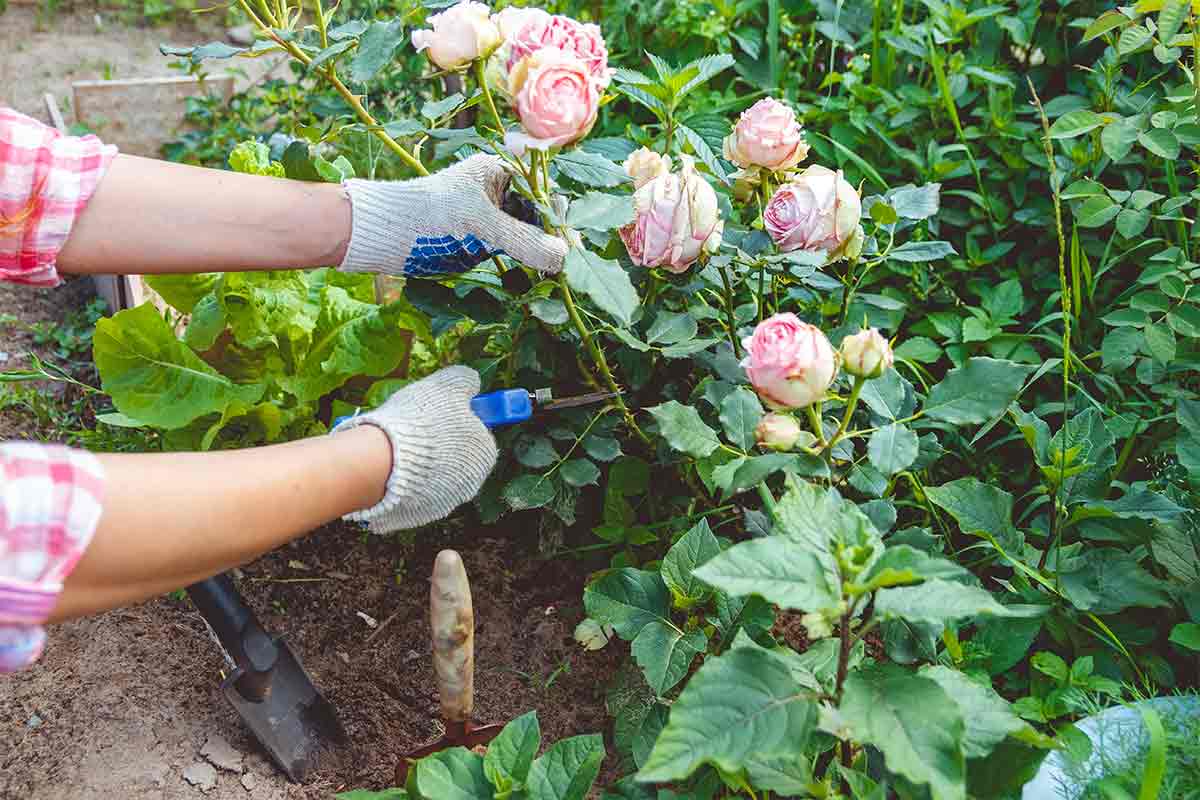 Like any plant, some variations of roses are hardier than others, but the summer is a bad time to move or plant roses. Put simply, it’s hot outside, and roses need more water in the summer than any other time of year.

It’s more likely that June holds the title of National Rose Month because it is the beginning of the blooming season. Depending on the type of rose you planted and the climate in your area, your roses will either bloom repeatedly, once in the spring and once in the fall, or just once in the spring or fall.

Pro tip: If you’re enjoying your roses, chances are the deer will want to enjoy them too. Keep the deer away from your garden with natural remedies.

While summer is a bad season for planting or moving your rose bushes, it is, however, the best time to graft or bud roses. If you’re an experienced gardener you probably already know this and how to do it. If not, here’s the short version from a like-minded inexperienced gardener:

Obviously, this is a gross oversimplification of the actual grafting process, but after reading through lots of articles with technical language that was difficult to decipher, this is a basic synthesis. If you do it correctly, you’ll have a new hybrid rose bush.

Side note: My grandmother (who is much better and has lots more experience at gardening than I do) says you can also graft trees. I do not care to embarrass myself in such an attempt, but I wish you the best if you decide to try it.

You should also deadhead your roses during the summer, especially if your roses will bloom multiple times throughout the season. It is important to know that deadheading is different from pruning, which should occur shortly before the last frost, and it significantly reduces the height of the plant.

Deadheading is the practice of removing dead blooms from your plant. It does not apply only to roses, but it is certainly beneficial to the health of the plant. While deadheading your roses, be sure not to cut out buds that may be lower on the stem. Doing so will reduce the number of blooms you’ll get to see. 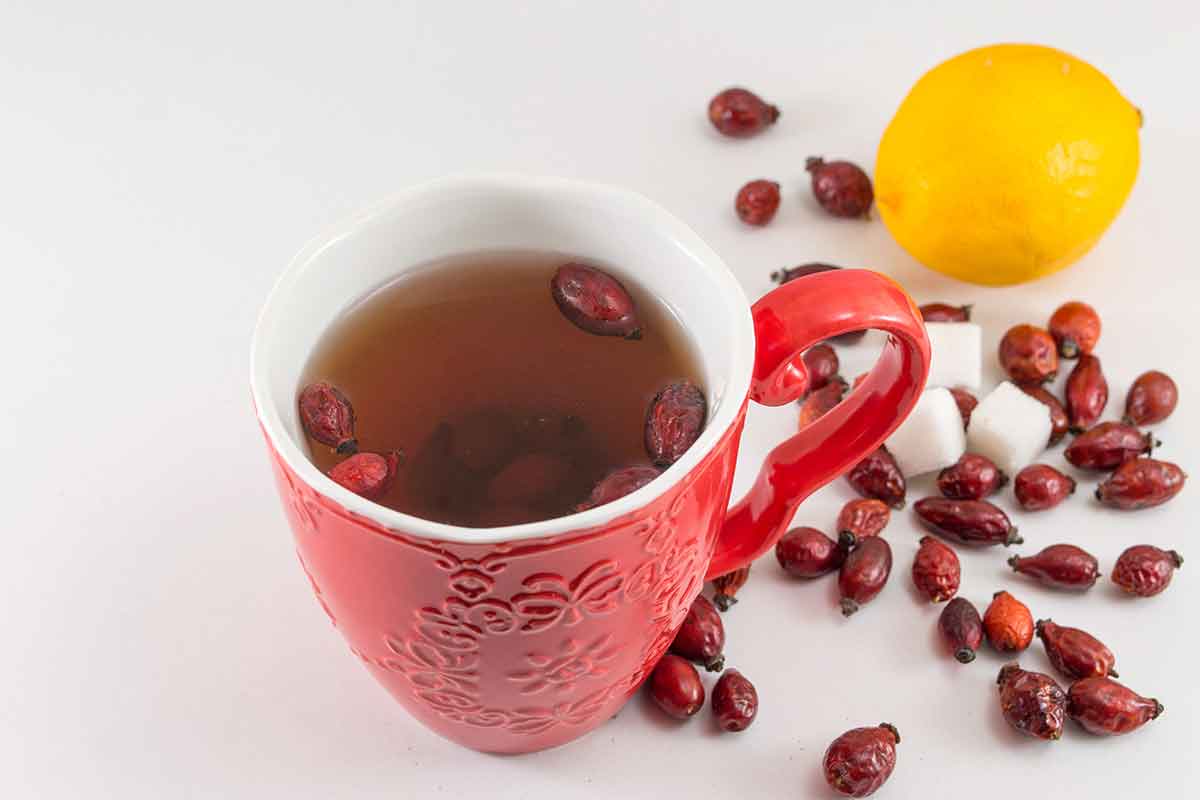 In addition to enjoying the beautiful rose blooms, you can also use a part of the rose called the hip. This part of the rose has a variety of health benefits, including adequate quantities of Vitamins A and C, iron, and calcium, plus a few other healthy things that almost no one gets enough of in a daily diet.

The rosehip is a circular pod at the bottom of the bloom that holds the seeds, and it can be used to make teas and jams, which are supposed to taste tangy.

The moral of the story is that there are approximately a zillion different roses, and there’s almost no way to know everything there is to know about them; but that doesn’t mean that you can’t enjoy their rich history, their capacity for unique strains, their beautiful blooms, and the rosehips. Happy National Rose Month!