Painting is one of those home improvement tasks that always sounds much simpler than it actually is. I’ve finally learned to defer to the pros, but I have suckered myself into many a painting job over the years.

“You’ll be done in a weekend,” I always tell myself, “And just think how great the guest bedroom (or laundry room, or my daughter’s bedroom, or my office—you get the picture) will look when you’re finished. Just put on some music, and it’ll be super fun!”

I have never finished a painting project in a weekend. And it’s never super fun—at least for me.

Luckily, professional painters, like Mike Katounas, founder and president of Home Works Painting in Northern Virginia, are there to help.

On top of being a Best Pick painting contractor and providing top-quality residential painting services, Home Works Painting is committed to making a difference in the community through its annual charity event, Paint-It-Forward.

I talked to Mike to get more details about his company and the Paint-It-Forward event—keep reading! 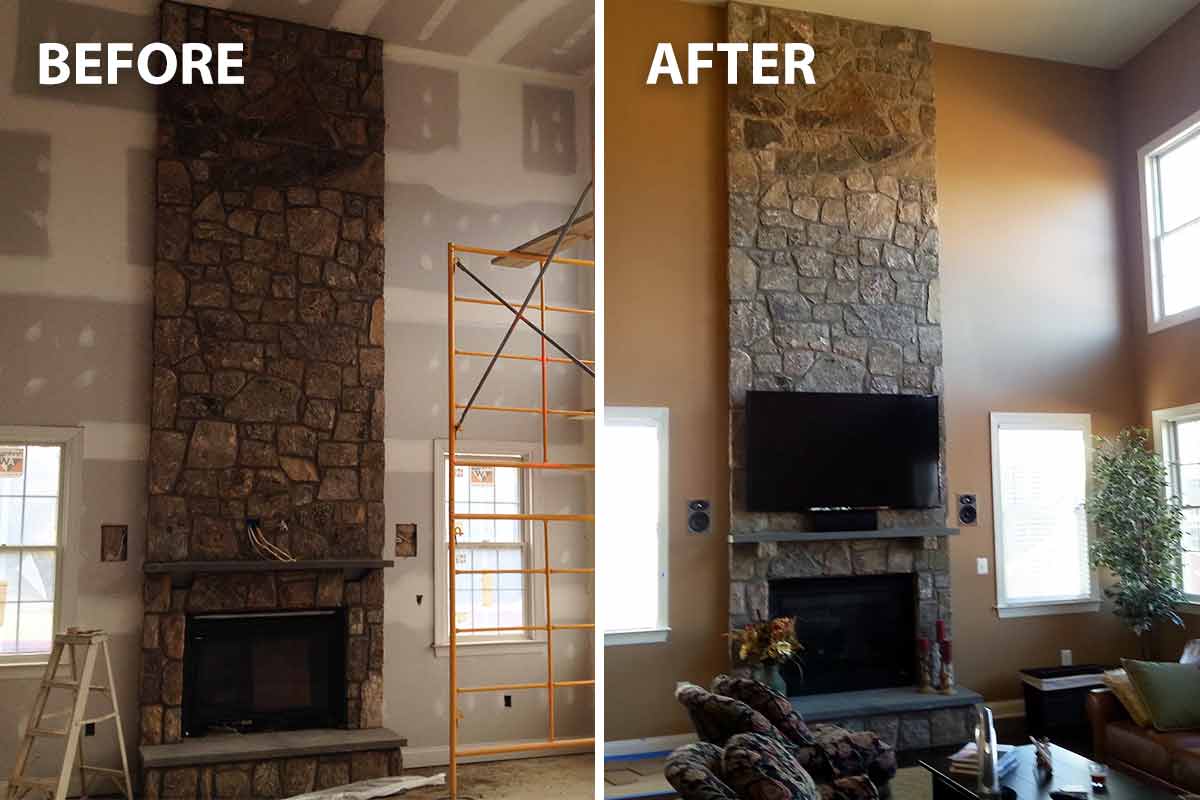 Home Works was founded in 2005 when Mike decided to start his own business after working for his dad’s painting company for several years. Mike says that starting his own business instead of waiting to take over his dad’s company “was the best decision I’ve made.”

He adds, “I think I wouldn’t have loved it as much if I’d taken over the family business.” Over the past 12 years, Mike has grown his company to a staff of over 20 people, including 6 painting crews.

Aside from interior and exterior painting, the crew members also perform the other services associated with a high-quality paint job, such as drywall work, power washing, staining, and light carpentry work.

A focus on core company values

In a market that’s always changing, Mike says that he runs his business with the values of integrity and adaptability. “Our business has changed in a lot of ways in the 12-plus years we’ve been in business, especially with technology and how fast that grows,” Mike explains.

When hiring new staff members, Mike looks for people who show integrity, flexibility, and a good attitude. “The thing I look for is attitude over everything else,” Mike says. Newbie painters can be trained and gain experience, but a good attitude can’t be taught.

In a business that functions primarily with teams of employees, teamwork is another important core value. To reach any group goal, everyone involved must be willing to work together, and painting jobs are no exception.

“We put team in front of the individual,” Mike notes, “which means that sometimes we have to switch the crews around or take one guy from one crew and put him on another crew so that a job can get done properly.”

Standing out in the crowd 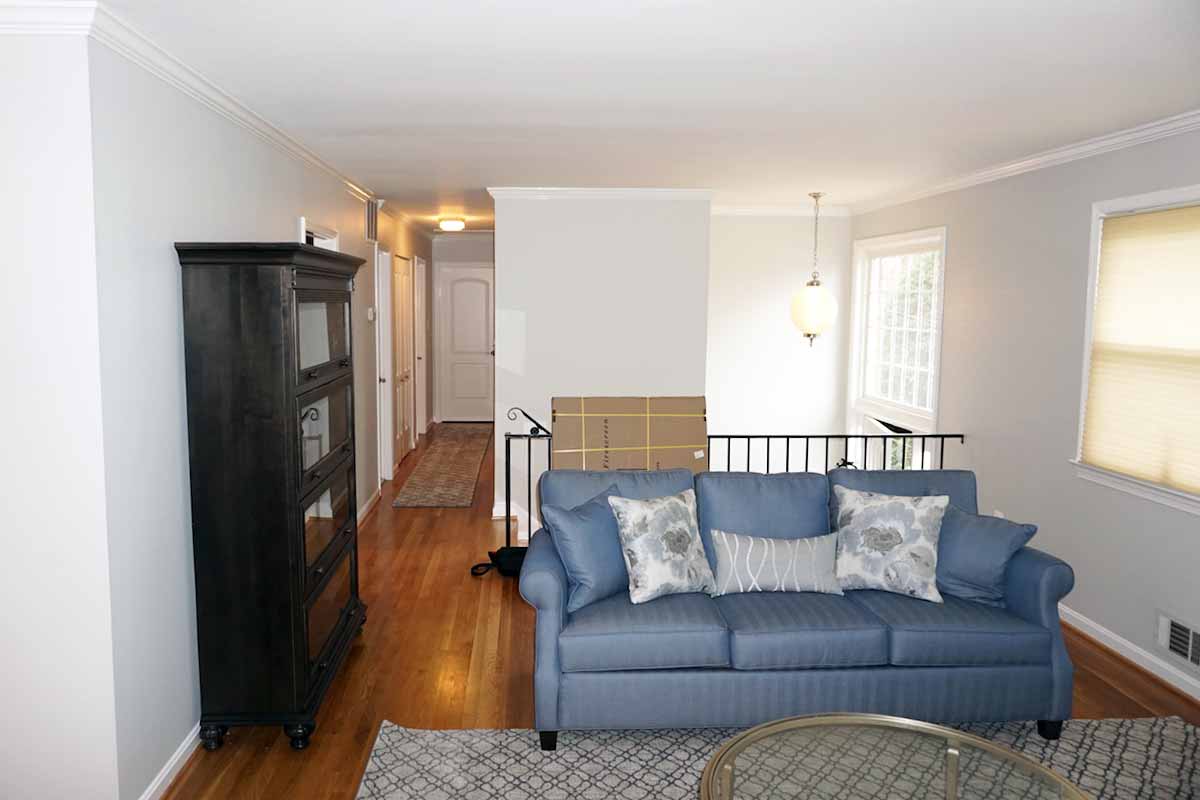 To adapt to a world of smartphones and wireless technology, Home Works Painting has gone completely paperless—an initiative, Mike says, that sets his company apart from competitors.

When you receive a painting estimate from Home Works Painting, it will be sent directly to your email—no waiting around for a handwritten quote. And if you decide to schedule an estimate or make a payment at midnight, Home Works’ website makes checking that task off your to-do list as easy as possible. 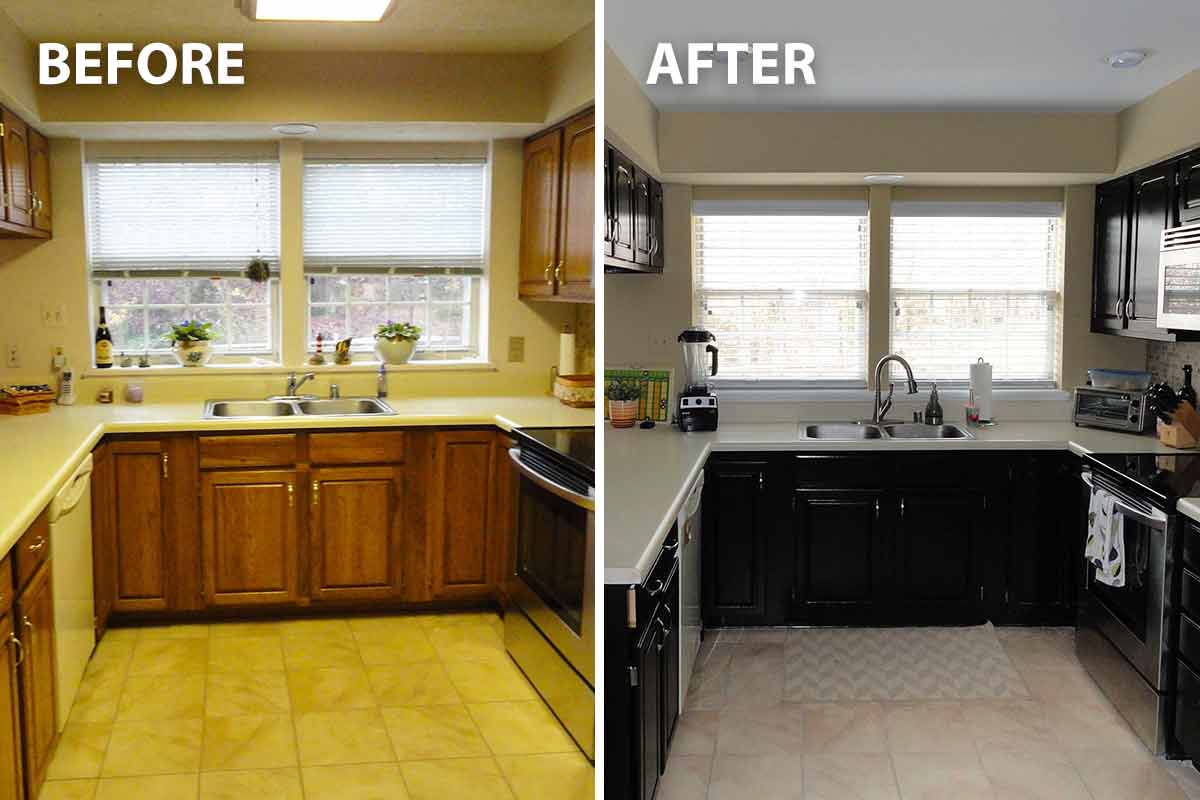 Paint-It-Forward is an annual charity event that was started in 2005 by Josh Abramson, a California painting contractor and owner of A. Allbright Painting. Josh has since expanded his community involvement initiatives to include several other events in his area, but Paint-It-Forward has now grown into a nationwide event, with painting contractors across the United States donating their services on an annual basis.

Every year, companies that participate in Paint-It-Forward ask their community members to nominate a nonprofit, school, family, or individual who could use painting services but can’t afford them.

The winning nominee receives painting services worth a set amount—typically $5,000 to $10,000, depending on the company that donates services. Mike first heard about the event a couple of years ago and says he thought it was an incredibly great idea.

Mike says, “I decided to reach out to [A. Allbright Painting] and say, ‘Hey, I want to do my own. Tell me how I can use your systems and bring them into my company so we can do the same thing.’”

Home Works’ first annual Paint-It-Forward event, held in the fall of 2016, benefited a Northern Virginia nonprofit organization called Brain Injury Services. Since its founding in 1988, Brain Injury Services has served adults and children with acquired brain injuries, providing them with services that improve their confidence and everyday skills.

Nominations for Home Works’ 2017 Paint-It-Forward event ended at the end of September, Mike notes, and the winner will be a deserving family, individual, or organization. The Home Works team solicits nominations from the community, and then Mike and his senior managers get together to review the entries and select the winner.

“We usually try to make [the painting] a one-day event,” Mike explains. “We get all of our staff involved, and they volunteer their time too. It’s actually a good team-building event for my staff as well, which was not really the original intent. It kind of happened by chance, which was great.”

Given the positive response from his staff and community and from the selected organizations, Mike plans for his company to participate in Paint-It-Forward every year. Mike says that he sees the event as a win-win.

“One of the side effects of this has been…just seeing how it has affected my staff to know that they work for a company that cares [about] more than just the bottom line and is trying to do something good in the world.”

Mike adds, “For me, it’s great to see the buy-in from the people I’ve hired—they really want to do this. So, it’s a win-win.”

Best Pick companies are known for standing out in the crowd—and standing up for their company values. Mike Katounas and his staff at Home Works Painting do both. In an industry full of quick fixes, Home Works Painting understands that an emphasis on high-quality work and community involvement makes for a lasting positive reputation.