Smart Plugs: The Ups and Downs of a New In-Home Technology

Ever since Edison commercialized the lightbulb, inventors and entrepreneurs have been scrambling for ways to improve on the everyday items found in our homes.

Ovens and stoves have given way to the microwave.

And now, thanks to the rising tide of smart home technology, we have a sea of new applicants in the world of “revolutionary home innovations.”

One of these new tech trends is known as the smart plug—or the smart switch, depending on which tech giant you talk to. And like that of the learning thermostat, the smart plug allows for full wireless control over the many pluggable items found in the home.

But before we get knee-deep into IoT and start turning abodes into an Autobots, let’s take three steps back and talk about what smart plugs are, what they do, and how they work.

Smart Plugs: Increasing the IQ of Your Coffeepot

Simply put, a smart plug is a device that makes dumb (read: regular) electronics somewhat intelligent. You plug the smart plug into an electrical outlet, you plug a small appliance into the smart plug—like a toaster or a curling iron—and then, voila, you can now set the toaster to turn on whenever you want it to and you can preheat the curling iron without getting out of bed.

Most of these new tech devices are one-to-one controllable through your smart phone, but some require the purchase of a centralized system or app, otherwise known as a hub.

Much of the functionality of a smart plug comes down to the way in which it communicates. Currently, there are four types of “languages” that a smart plug may use, and each comes with its own set of attractions.

Zigbee and Z-Wave devices operate on what’s called a wireless mesh networking technology, which means that each device can communicate with other like devices as well as with a centralized hub to pass along the necessary information. Needless to say, these types of smart plugs work best when they’re part of a broader system.

Bluetooth-enabled smart plugs are probably the least versatile of the bunch—being both a shorter-range technology like the Zigbee and Z-Wave, but without the centralized system to interact with.

However, at least one Bluetooth-enabled device, the Zuli Smartplug, offers a feature called Bluetooth Presence, which allows the plug to sense when you’re in the room and react accordingly—like turning on the lights as soon as you step inside.

And then there’s Wi-Fi. A Wi-Fi-enabled smart plug works like most other Wi-Fi devices. You can control it from anywhere, as long as you have a working smart phone, but if you have a lot of Wi-Fi enabled devices up and running in your home, it will be just another gadget slowing down your internet.

What Does a Smart Plug Do? 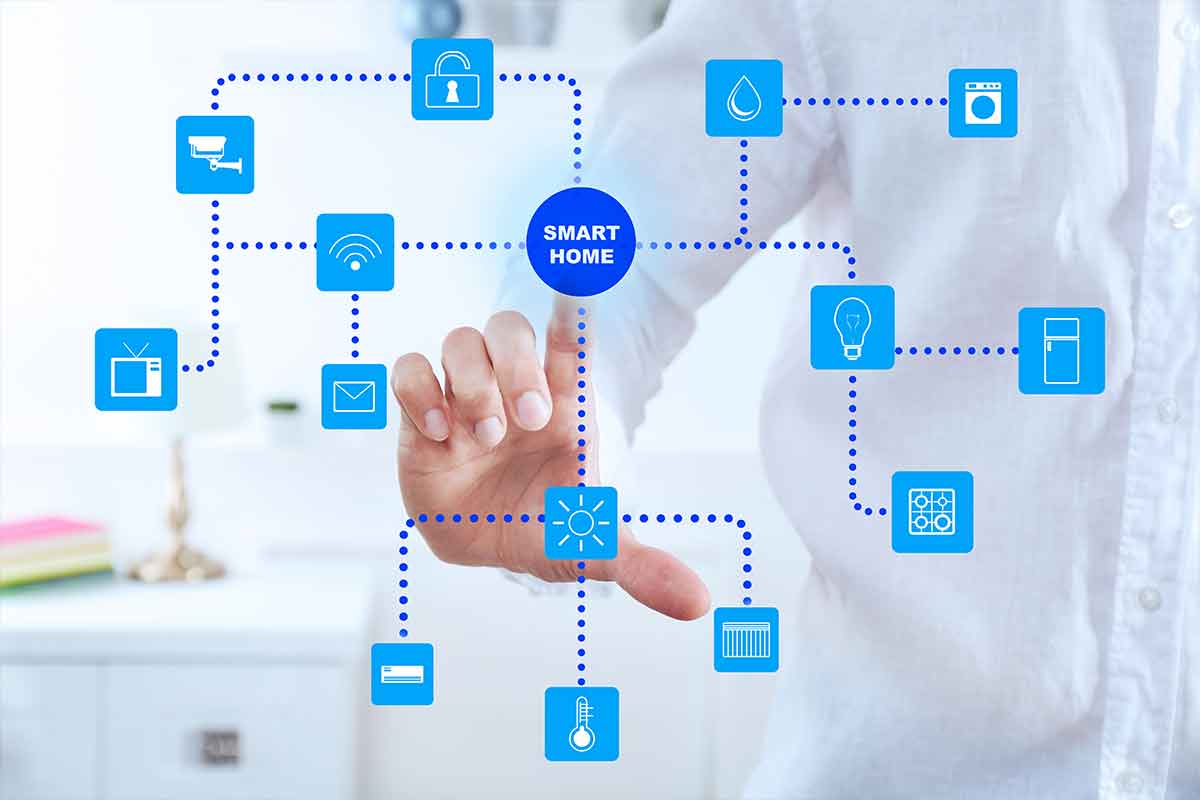 Imagine waking up in the morning and rolling out of bed to the savory smell of coffee already brewing in the pot. The bedside lamp flicks on without you having to lift a finger, and you can already hear Matt Lauer talking about the day’s trends from the suddenly turned on TV in the living room.

This, in essence, is the world according to smart plugs.

But while it makes for an interesting, futuristic experience, the technology is pretty much limited to the few electrical items in your home that you’d like to turn off and on every day with minimal effort. Simply put, they’re super cool, but not (yet) super necessary.

Some come with neater features, like the previously mentioned Smartplug, or the Belkin WeMo Insight Switch that allows you to preprogram the device with simple “if…then” technological clauses that say things like “if” the sun is up, “then” turn on the coffee maker, and it will turn on your coffee maker.

Smart plugs are also a convenient way to limit screen and gaming time for children by setting their consoles to a schedule, and they’re a wonderful failsafe for anyone who forgets to turn off the iron before rushing off to work.

Apple also has their iDevices Outdoor Switch, which is great for preprogramming outdoor Christmas lights or turning on some tunes when you’re working outside. 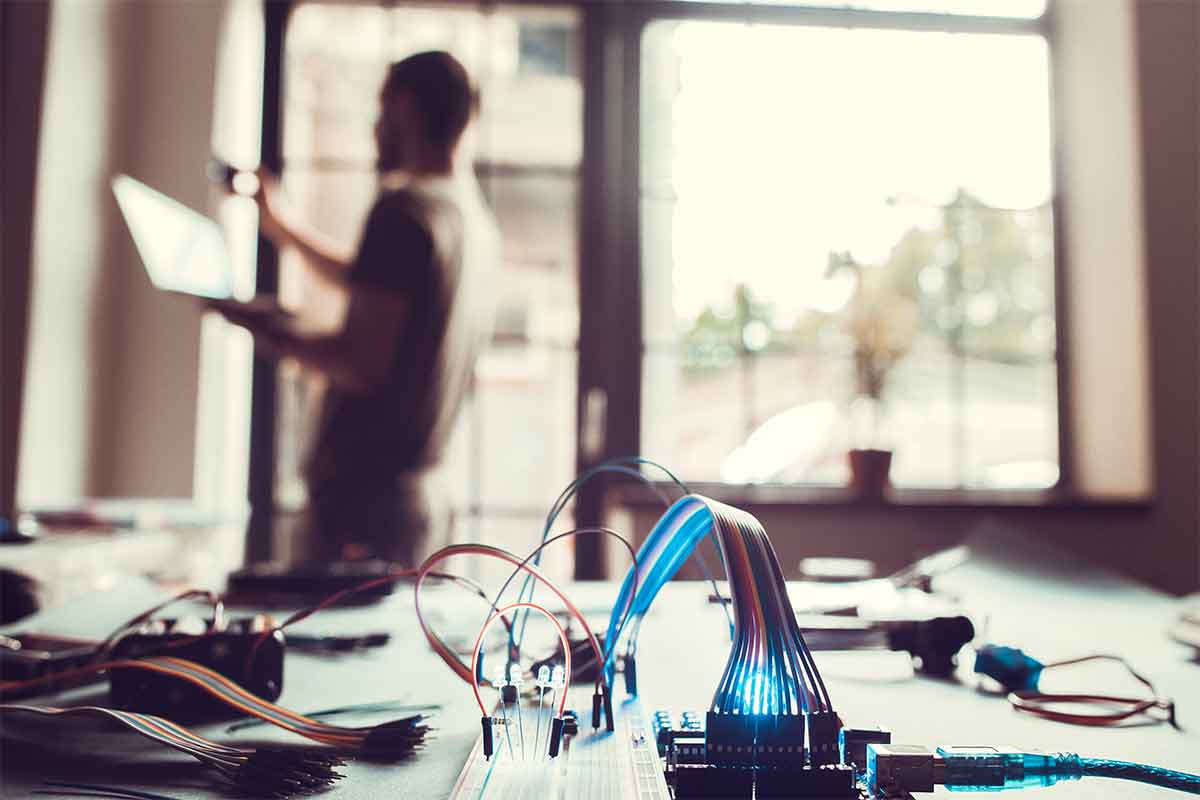 With somewhat limited capabilities and a finite number of items to interact with, one must wonder what the future holds for smart plugs. The obvious next step in its technological evolution would be to move beyond the plug and develop an actual outlet. Only problem is, that technology already exists.

Smart outlets have actually been around for a little while, but at $100 a pop, most people don’t want to spend the money to hardwire an immobile upgrade into a single electrical socket—especially when you can get a mobile, more upgradable version at a much cheaper price.

If, however, you would like to hardwire a smart outlet into your home, our Best Pick electricians are standing by to help you out.

Some of the newer smart plugs are being equipped with energy monitoring technology so that homeowners can see just how much energy they’re wasting on a single apparatus, but that still doesn’t seem enough to keep up with the times.

All in all, it seems silly to think that a chunky smart plug or even a more traditional smart outlet are the wave of the technological future, especially when individual items are getting the smart home upgrade all on their own.

Smart plugs are a burgeoning trend in the ever-rising tide of smart home innovations. And while they may allow for some Jetsons-like lifestyle accommodations, like “sense” lighting, appliance automation, and energy monitoring, it might be a while before they move past the neat phase and into the necessary.

That is, if they last that long…