The initial idea behind Best Pick Reports was simple: go straight to the source—homeowners—and gather invaluable data on company performance in a variety of categories. What began as a door-to-door review aggregation service is now backed by a robust database of hundreds of thousands of unbiased reviews, covering over forty different categories and spanning across eight major metropolitan areas. As the voice behind our data, our in-house researchers conduct thousands of phone interviews each year to ensure our recommendations are second to none—and now we’re turning the spotlight on them. Through our “Meet a Best Pick Reports Researcher” series, we hope to give you some insight into the men and women behind the phone calls.

I get to talk to America.

I never knew of the existence of outdoor living spaces.

In high school, I scooped ice cream with a clown. His legal name was Joy The Clown as was such on his military I.D. He claimed he owned a Cadillac limo that was previously owned by a Kennedy, and he claimed he was in a secretly made Beatles movie with John Lennon. 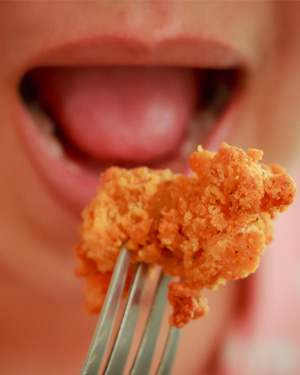 I come from Gainesville, Georgia, where it’s illegal to eat fried chicken with a fork.

Pressure washing. Have YOU ever pressured washed a house before?? It’s really fun!

If you were stuck on an island, what three things would you bring? Why?

My wife and my two cats. They’re all I really need to be entertained.

I know I should probably put some French New Wave or film noir mumbo jumbo, but I’m a sucker for romantic comedies. Sleepless in Seattle—all the way.

What is your personal philosophy?

All things must pass.