How to Install a Ceiling Fan

They provide cool breezes in the summer, and they circulate heat in the winter. What’s not to love about that? Plus, they can also add style and value to your home.

As home improvements go, ceiling fans are a no-brainer. They’re even easy to install.

In this short guide, we’ll walk you through the process. In addition to the steps here, be sure to pay close attention to the manufacturer’s instructions. Also, take appropriate precautions. While it’s relatively easy to install a ceiling fan, you could still hurt yourself if you’re not careful.

Ready to get that new ceiling fan up and running? Here’s how.

Our 6 Step Guide for Installing a Ceiling Fan

The following is a general guide for installing a ceiling fan.

It’s worth noting, that most ceiling fan kits come with the necessary hardware and fasteners. They also come with instructions.

We’re fond of our guide. It’ll walk you through all the high-level steps. But don’t toss the manufacturer’s instructions to the side. You’ll want to read through those, too. It would be a shame to install your new fan the wrong way … or hurt yourself in the process. 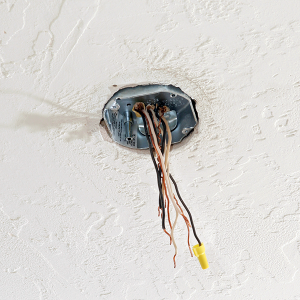 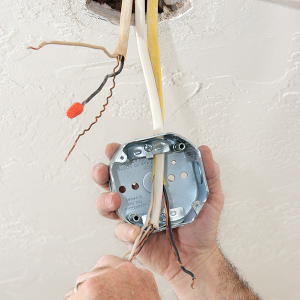 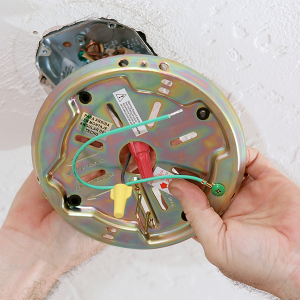 Step 4: Assemble and Hang the Fan 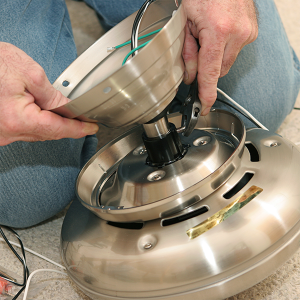 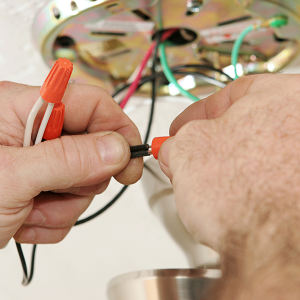 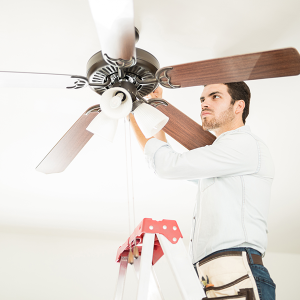 That Was a Breeze

Your ceiling fan is installed and ready to use. (And we’re done subjecting you to horrible puns.)

Now you can enjoy circulating air, energy savings and an attractive addition to your home.

KEEP READING: How to Install a Window AC Unit