While the presence of mushrooms on an otherwise perfectly fine pizza can be unappetizing for those who loathe the topping, these harmless fungi can easily be plucked off. Household mold, on the other hand, is a universally unwelcome fungus that’s not so easily removed, and it can spoil far more than just dinner.

When a tiny spore (sometimes carried in from the outdoors by clothing or pets) lands on a moist surface, it begins a gradual process of growth that can lead to significant property damage and potential health risks. Mold can be found nearly anywhere—given the presence of moisture—and can grow on just about anything. Ideally, you can visibly detect the mold before the infestation grows and poses a real threat. Usually, though, mold grows in hidden, hard-to-reach spots such as the undersides of carpets and the backsides of walls, making it far more difficult to spot. A musty smell can oftentimes be a good indicator that you have a problem.

Ductwork and roofing materials often serve as a tempting home for mold, and the fungus can flourish near condensation-laden pipes. Moreover, insulation, wallpaper, and upholstery are equally prone to this unwanted guest. We’ll be going into greater detail about the prevention and treatment of mold in a later post, but for now it’s important just to know that controlling moisture within the home is the key to avoiding mold.

Below, we’ll look at a few of the types of mold most commonly encountered in the household. While some pose greater hazards to your property (and your health, potentially) than others, all infestations should be removed within 24 to 48 hours of spotting them. Indeed, while tests (of various costs) are available in order to determine which type of mold is present, the CDC recommends skipping this step altogether and focusing instead on eliminating it as soon as possible, regardless of the type. 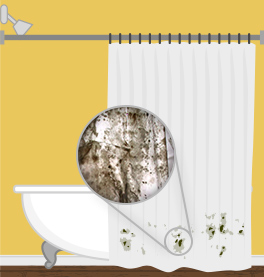 First appearing as tiny black spots, this is the type with which you’re probably the most familiar. Mildew is also the most easily eliminated type of mold. A simple mildew spray and scrubbing is all you need. 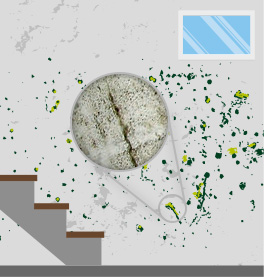 One of the most common—and dangerous—molds, it grows fast and often appears after a plumbing leak or basement flood. Aspergillus produces a carcinogen known as aflatoxin, which is known to pose numerous health threats, so you’ll want to eliminate it at the very first sighting. 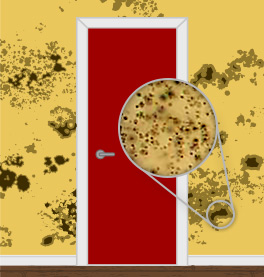 While primarily found outdoors, this dark green or brownish-blackish mold can nevertheless find its way into your home. Although it’s an airborne mold, it doesn’t have any problem growing on surfaces in moist conditions, and it can be very difficult to completely eradicate. 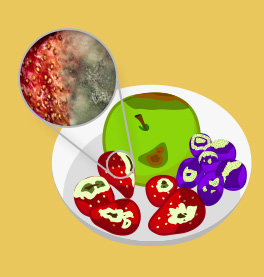 While we can thank this type of mold for the group of antibiotics known as penicillin, our gratitude should remain encapsulated and prescribed by a doctor. This is the mold that you’ll find growing on old, spoiled food. Usually blue, green, or white, it has a distinctive fuzzy appearance that lets you know when it’s time to buy a new loaf of bread. 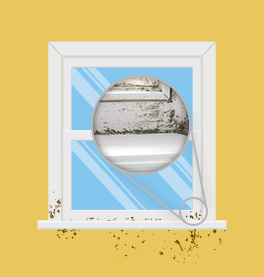 Commonly known as “toxic black mold,” this is obviously not a fungus you want hanging around the house. It tends to creep in after water damage has taken hold, and you can recognize it by its oily, black appearance.

It is generally accepted that mold exposure can lead to allergic reactions, skin irritation, itchy eyes, and various other minor ailments, especially among those already prone to such conditions. The research is still ongoing, however, as to some of the more serious threats posed by exposure to household molds.

Settled is the fact that mold poses a real threat to your property, and it—as well as the moisture which fostered its growth—should be eliminated as soon as its presence is detected.

For more information on our sources, please contact us directly.