Your home’s breaker box (also called a fuse box, service panel, or main electrical panel) is its nerve center. The electricity that powers the appliances and gadgets you use on a daily basis comes from circuits linked to the electrical panel.

If you’re like most homeowners, you probably don’t spend a lot of time thinking about your electrical panel. When your panel works the way it’s supposed to, there’s really nothing to think about. But as you’ve probably already guessed, when things go wrong with your electrical panel, they go really wrong.

Flickering lights, power surges, and electrical fires are all possible consequences of a malfunctioning service panel. Do you know the signs of potential electrical panel issues? Do you know when to call an electrician for help? Keep reading for our advice (and scroll to the end to learn the best way to avoid electrical problems at home)!

How Do Electrical Panels Work? 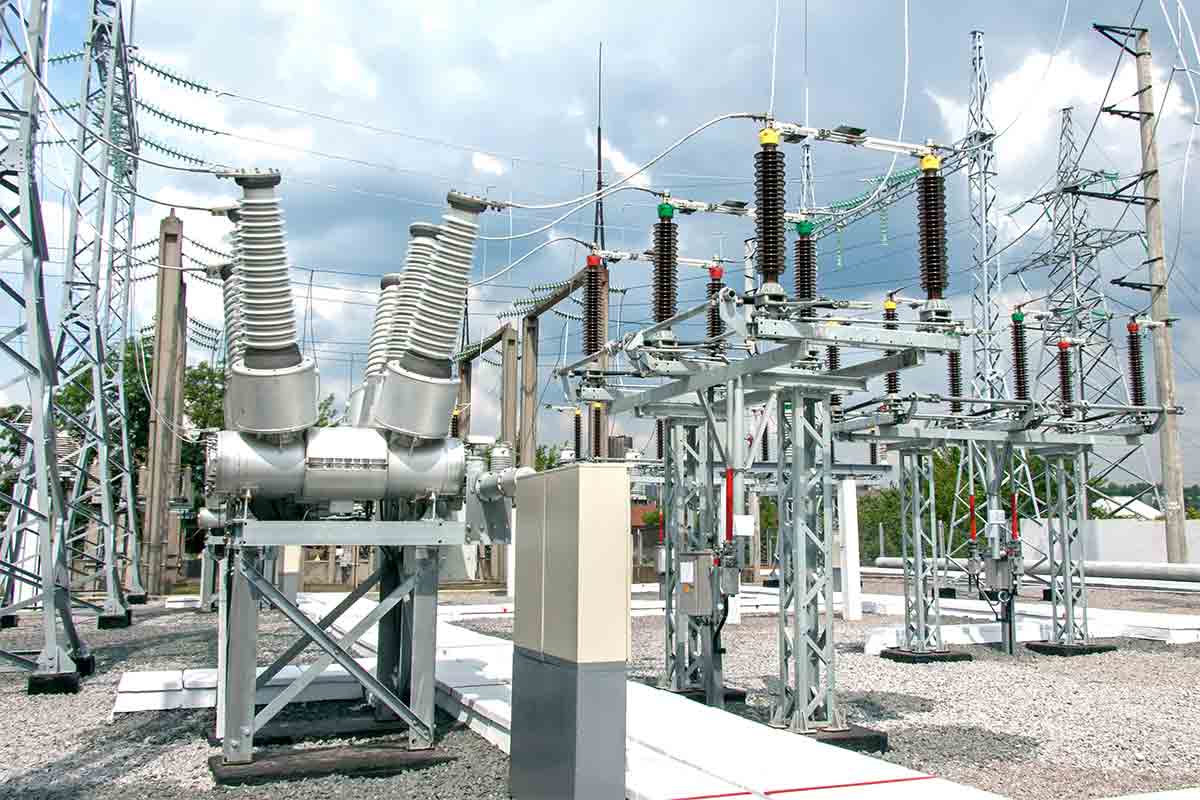 Let’s start with the basics.

Your home’s electrical panel is the control center for the electricity that enters your house from the power lines on (or underneath) the street. But that electricity doesn’t just arrive at your house out of thin air. Rather, electricity is generated at your local power plant, but at very high voltage levels—levels more than high enough to kill someone.

Such high voltage is necessary to transmit power to locations far from the power plant, but nothing in your house requires tens of thousands of volts to function. For that reason, there are a number of points between the power plant and your house where the voltage is gradually reduced.

By the time electricity reaches the power lines outside your house, the voltage is still quite high—approximately 7,200 volts. If you have standard utility poles, you’ll see a large cylinder attached to the top of a pole either directly outside or near your house. (If you have buried utility lines, you’ll see unobtrusive metal boxes distributed through your neighborhood instead.)

That cylinder (or box, in the case of buried utility lines) is called a transformer, and it reduces the voltage of the electricity carried by the power lines. The two wires that bring electricity from the transformer to your house each carry 120 volts, or 240 volts total.

Your home’s electrical panel distributes power to the circuits in your house. The circuit breakers (or fuses) that you see when you open the door to the electrical panel are safety devices that will shut down power to a circuit in the event of a problem. 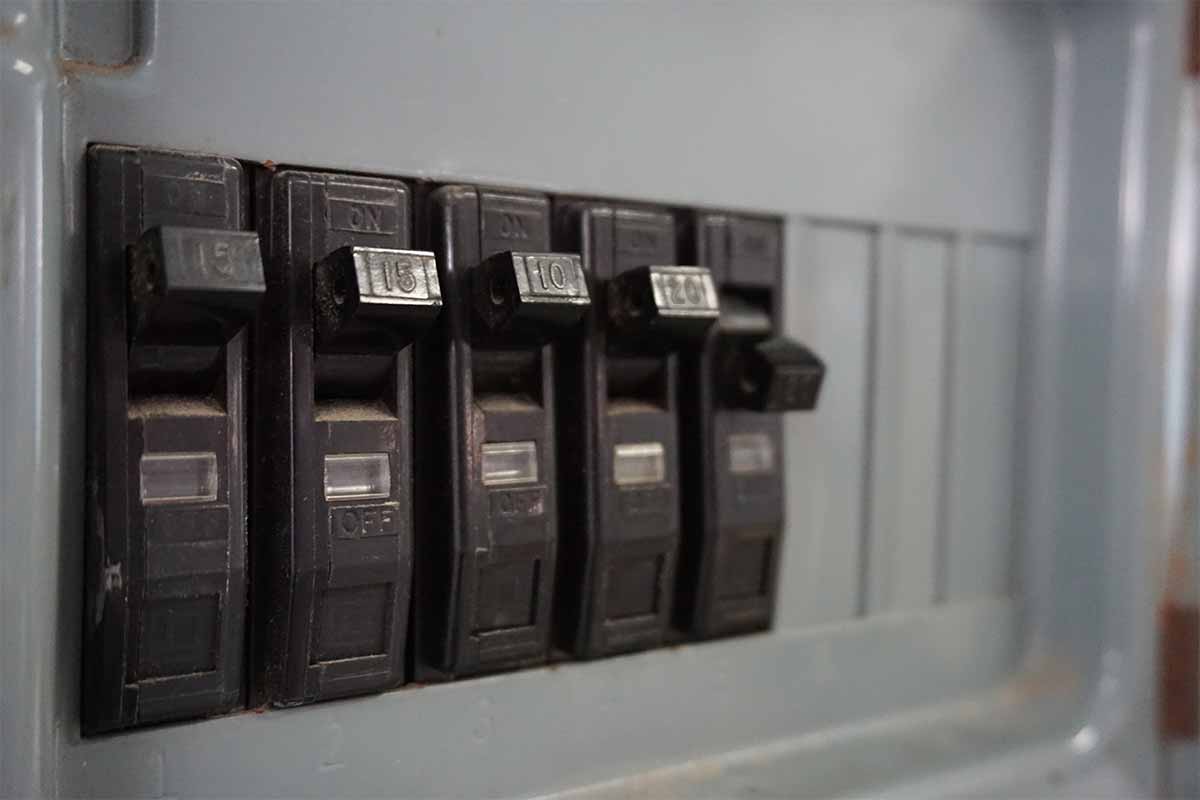 Regardless of whether you own your home or rent, being able to recognize problems with your electrical panel is an important skill. You should never attempt to repair or troubleshoot electrical problems yourself (beyond resetting a breaker or replacing a fuse) because the potential for death or serious injury is high.

Here are the most common electrical panel problems you might encounter:

If your home is new or has been extensively remodeled within the last ten years or so, it is probably equipped with a 200-amp electrical panel. A 200-amp panel is large enough to accommodate the power needs of the average family home.

Smaller homes and those built prior to the 1990s likely have a 100-amp service panel. Depending on your individual power use, this might be sufficient, but for the average family, 100 amps simply isn’t enough.

Electrical panels that provide only 100 amps of power are at the highest risk of overcrowding. Not sure what an overcrowded panel looks like? Check for these signs:

Electrical panels are rated to handle a discrete amount of electricity. When the panel is too small for the house and the power requirements of its inhabitants, you’ll start to notice problems such as power surges and flickering lights.

Here are some additional signs of a too-small panel:

Electricity and water don’t mix, so have an electrician investigate any signs of rust, water damage, or other forms of corrosion (such as discoloration) in the main service panel.

When it comes to your electrical panel (and your home’s electrical system at large), always err on the side of being overly cautious. An experienced, qualified electrician will be able to tell you with certainty whether your panel poses a safety concern.

How to Avoid Electrical Problems at Home 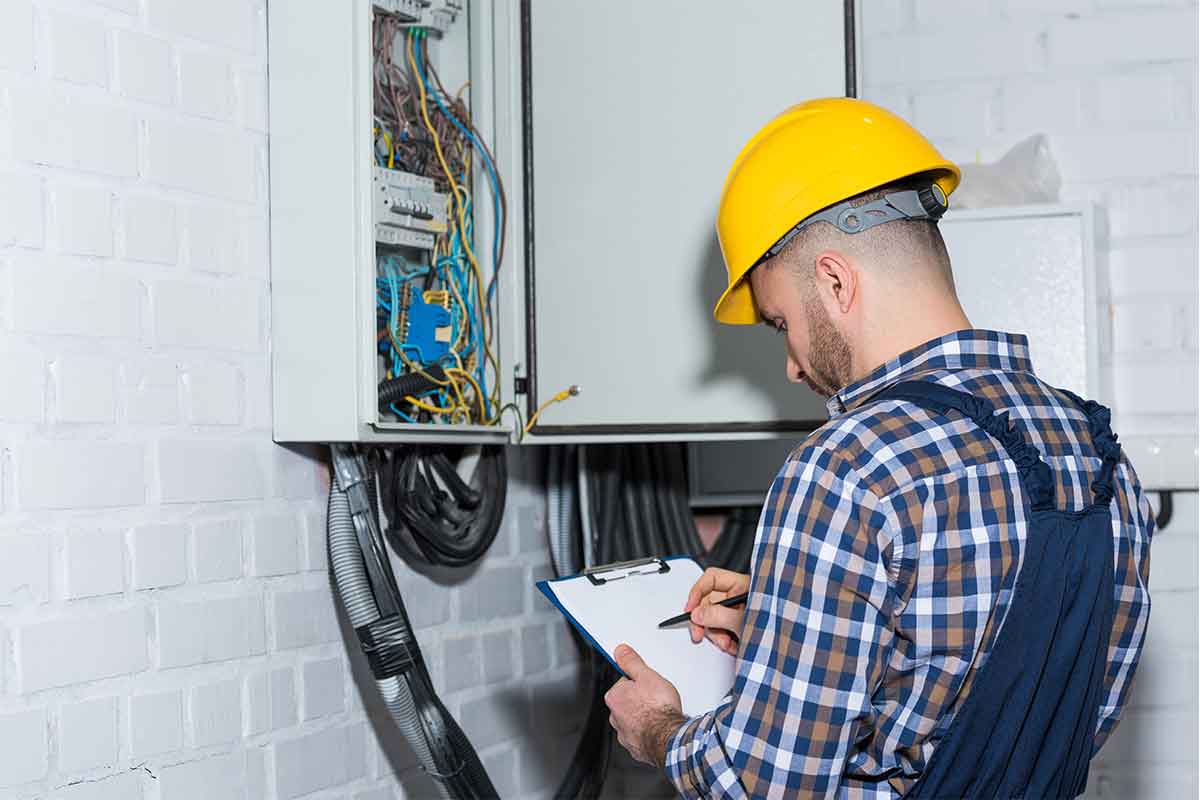 Preventing problems is always better (and often less expensive) than making major repairs. And when it comes to your home’s electrical system, small problems and wiring errors can have devastating consequences.

If everything in your home seems to be working just fine, you might question why you’d need an electrical safety inspection. And you certainly wouldn’t be alone. The truth is, however, that because your home’s wiring is hidden behind walls, floors, and ceilings, plenty of problems can go unnoticed until it’s too late. Experienced electricians have the equipment and the knowledge to find faulty or failing wiring and other safety issues and fix them before a disaster happens.

Here’s what you can expect your electrician to check during a typical electrical inspection:

Most electricians can also advise you on valuable energy-saving steps that can help reduce your monthly power bill (and your carbon footprint).

Electrical Inspection for Peace of Mind

We use more electricity now than ever before, and that fact is unlikely to change significantly in the near future. Between computers, device chargers of all kinds, heat pumps, clothes dryers, toasters, hair dryers, and electric vehicles, your home’s electrical panel must be able to keep up with demand without becoming a safety hazard.

If you have concerns about your electrical service panel, call a licensed, experienced electrician. Circuit breaker troubleshooting is incredibly dangerous if you don’t know what you’re doing, and the pros will inspect the rest of your house to make sure there aren’t other issues hiding behind walls.

Make electrical system checkups part of your home maintenance schedule. The peace of mind from knowing your home is safe for you and your family is priceless.