Break that Spell: How to Find the Source of 4 Home Hexes

One of the most annoying curses put on homes is a problem that is difficult to stop because you don’t know where it originated. While such hexes usually start out small, it’s important to handle them as soon as possible because they can quickly develop into much more complex issues. Since it’s the season for witchy mischief, the team at Best Pick Reports has put together the following list of counterspells for some of the most frequent home hexes.

As odorous curses are some of the most common offenders, homeowners frequently believe their homes have been hexed with musty odors. While nobody wants a musty-smelling residence, it is important to note that a musty odor is typically a side effect of a hex rather than the hex itself. Mustiness is usually indicative of mold or mildew, so affected homes have likely been hit with a moisture-inducing enchantment. The first step to breaking such a curse is to figure out exactly where the water is coming from. Dampness or standing water that is contained within a single area is generally caused by a leak, so you will have to repair the leak to lift the odor spell. Wetness spanning a larger area such as an entire wall, room, or section of the house is a sign of high humidity. Humidity issues are trickier to deal with because they may require trial and error, but a dehumidifier is a good place to start.

Ward Off Peeling Wallpaper or Paint 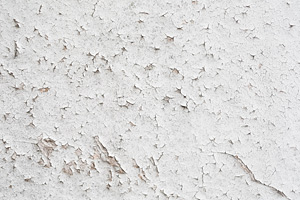 Wall coverings that do not stay on the walls have a way of making a house look gloomy and less cared for. Like musty odors, peeling paint or wallpaper is most often a side effect of a moisture-inducing jinx; if too much moisture builds up between the walls and wall coverings, they will lose their adhesion and separate. However, if you have only recently applied the paint or wallpaper, it is possible that a spell was cast to prevent it from being applied correctly. In either case, you will have to remove and reapply it, but be sure to take care of or rule out any moisture hexes first. More interior and exterior paint tips.

Passing through drafts can really make your skin crawl, but the worst part of drafty hexes is the increase in the occupants’ energy costs. Luckily, locating the source of a draft is usually not difficult. Walk slowly through your home with a lit candle, preferably one that leaves the flame exposed to moving air. Move the candle around the edges of closed windows and doors; if the flame flickers, it’s caught in a draft. Seal the draft to break the curse. 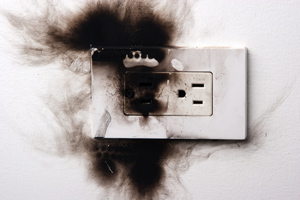 Homes are commonly hexed with minor electrical problems such as flickering lights and blown fuses. Thankfully, they’re usually more of an annoyance than a safety issue. For instance, a light that flickers on and off may be remedied by something as simple as a new lightbulb, and a blown fuse might just be the result of running too many appliances concurrently. However, safety should always be a concern where electricity is involved, so call an electrician if a simple fix doesn’t take care of the problem.

Although figuring out exactly how a hex is affecting your home can be tricky, there’s no treat quite like besting the witch who put it there by taking care of it yourself. Nonetheless, curses tend to be tough to handle, so if you’re still having trouble, a local Best Pick contractor may be able to help.