There’s been a lot of debate lately about the legitimacy of climate change. On the one hand, you have scientists shoving charts, graphs, and climate maps down our throats, telling us it’s the end of the world. (Drama queens!) While on the other hand, you have the ease and allure of it all being a Chinese hoax.

To be honest with you, I don’t know who to believe. I mean, the Chinese are a pretty inventive people. They invented gunpowder, an eco-friendly city, alcohol, even paper! But scientists are smart, and they’ve done a lot of cool things too.

And while there are plenty of ways to combat the rise of a chaotic climate, I don’t necessarily have the money for a new or used electric car or a set of solar panels—and I know I don’t have the stomach for compost piles.

So, I did some digging, and as it turns out, there’s a whole list of easy things you and I can do from the comfort of our own homes that are pretty inexpensive and not gross at all.

In fact, most of them are as simple as turning a knob or flipping a switch, and nearly all of them will save you money—and possibly the world!

Here are my top five…

According to a study conducted by the Natural Resources Defense Council (NRDC), the average American household wastes about $165 per year on what’s called “standby” power. (Other, cooler, names for it include idle current, vampire power, and—my new DJ name—phantom energy.)

“Standby” power accumulates when electronics are plugged in. That’s right, plugged in. Even if they’re considered “off,” “asleep,” or “done charging,” everything from your PS4 to your microwave continues to consume energy as long as it’s attached to a power source.

Per the NRDC, this wastes about 1 billion tons of carbon dioxide, which comes to about 15 percent of the total greenhouse gases emitted by the US in any given year. So, it’s pretty simple. Unplug your stuff, save money, save the world, and save the US from spending an extra $19 billion a year in wasted energy consumption.

Pro Tip: Plug multiple items into a single surge protector so that you can unplug them all at the same time.

2. Turn Down the Water Heater 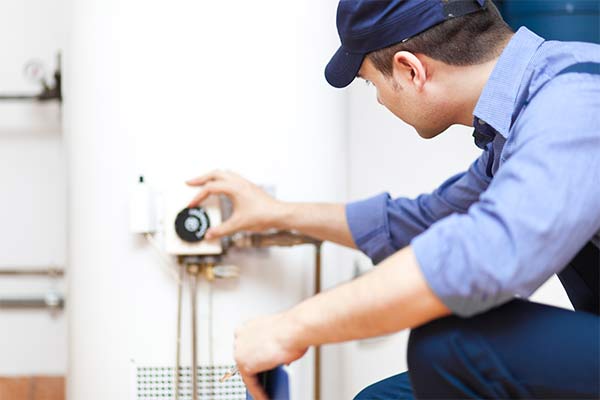 Nobody likes a hot shower more than I do. Without them, I probably wouldn’t have a job in the winter, as they’re the only thing that gets me out of bed in the morning when the temperature drops below 65 degrees.

And, turns out, heating water in the home amounts to the second-largest at-home energy expense.

But it isn’t all bad news. I also found out that if your water heater is currently set at or around 140 degrees Fahrenheit—like mine is—you can save over $400 a year on average by dropping it a mere 20 degrees. (Now that’s a cause I can get behind!)

Pro Tip: If you’re unsure about the age or efficiency of your water heater, hire a Best Pick professional and get it inspected today!

3. Check and Change the Thermostat

Do you kick on the A/C in the summer so that it’s near arctic temps before you go to bed? Feels nice, right? I know I love it. And what about the wintertime? Gotta have that heat.

Unfortunately, nearly half of the energy used in an average American household goes to moderating its inner temperature. And, since each household uses about 12,000 kWh of electrical energy every year—and produces around 24,100 pounds of CO2 emissions—that means we’re wasting a lot of energy on keeping our heads cool and our tootsies toasted.

But did you know? You can save as much as ten percent on your energy bill just by adjusting your thermostat seven to ten degrees back from its typical setting for at least eight hours a day.

That’s why it’s a good idea to adjust it as closely as you feel comfortable to the conditions outside when you leave for work or go out for the day. That way you’re not wasting precious energy (or money) on keeping your couch cool or your closets warm. Or, better yet, get an automatic thermostat to do it for you.

Pro Tip: Turning on fans and shutting the curtains and blinds—or opening them so that the sun can shine through—are also great ways to keep things comfortable, efficient, and eco-friendly.

4. Ditch the Old Bulbs and Light It Up with LEDs 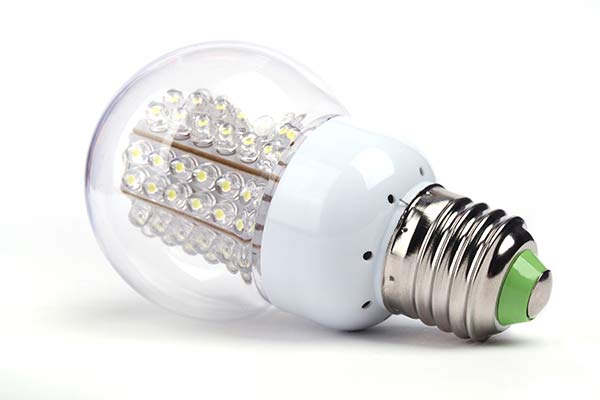 So, I’m sorry to say, but this tip takes you expelling some of your own energy, going to the store, and spending a little bit of money. But since LEDs use up to 1/30th of the electricity that normal lightbulbs do—and can last up to 10 times longer—it’s pretty much a must-have for anyone trying to save money and lower their energy costs.

And the incentives don’t end at energy either. Thanks to their design, LED lighting is often more durable and more versatile than their Franklin-era ancestors, which means they can be used for a variety of different means—including adding pops of amber, green, and electric blue throughout your awesome abode.

Pro Tip: LED lights also emit less heat, which will make it easier for you to keep things cool in the summer months.

When I look at my fridge, the only energy-related thing I ever think about is food. (Especially when there’s cake inside of it.) And whenever I wash my clothes, I hardly ever look to see what setting it’s on.

Turns out, I could’ve been saving an average of $40 a year and thousands of gallons of water by washing only full loads of clothes with cold water. I also found out that, when you only have a birthday cake inside of your fridge—and literally nothing else—keeping it at its coldest temperature is a huge waste of energy.

Other cost-saving appliance tips include:

Pro Tip: If you’re really into saving some energy, you can even dry your clothes outside like they did in the olden days. Just make sure you check the forecast first.

When in Doubt, Do as Little as You Possibly Can

The whole point of energy efficiency is to use as little of it as you possibly can. And even though I’ve laid out some pretty awesome ideas to get you started, reducing your energy consumption doesn’t have to end with turning down the thermostat or switching to LEDs.

There’s a laundry list of tips and tricks out there that can see you saving money, reducing energy, and saving the world. And you can even make up some of your own by thinking about all the things in your home that you can turn down, unplug, or get rid of. (It’s really that easy!)

Because, hoax or no hoax, going green—and saving some—speaks volumes around the world.